Austin, TX - Texas Gov. Greg Abbott has signed into law a bill that lets Texas farmers grow hemp — and allows the sale of products such as CBD oil.  Supporters and those who sell the products say the new law makes clear that it’s legal to sell hemp products in Texas,

as long as they contain less than .3% of the psychoactive element in marijuana. The law went into effect with Monday’s signing.

“Texans are now free to use CBD without fear of arrest,” said Heather Fazio, director of Texans for Responsible Marijuana Policy. “This is a big step for Texas and one we can all be proud of.”

Not so fast, say some who believe these products will be legal once state agencies create rules and procedures to test and inspect the products.

“If a friend asked me if he should go buy and use this stuff, I’d say, ‘Just wait,’” said Shannon Edmonds, a staff attorney with the Texas District and County Attorneys Association. “It will be available soon enough in a legal form.

CBD oil comes from the hemp plant, which is related to the marijuana plant. But CBD extract doesn’t contain THC, which helps patients receive the benefit without the high.

The federal government removed hemp from its list of controlled substances, as Texas did earlier this year.

More than 30 states allow the use of marijuana for medicinal purposes, according to the National Conference of State Legislatures. 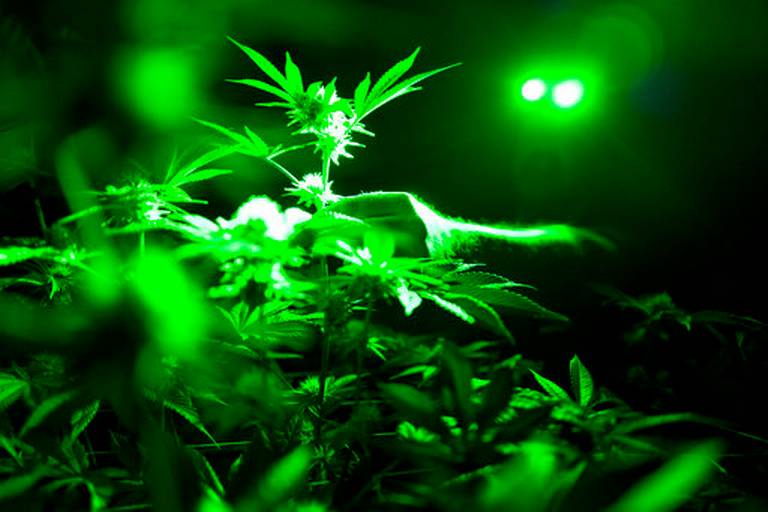 In recent months, some Texans have been arrested on a charge of possession of the oil. Some stores have been raided and had their products confiscated by police.

The Tarrant County District Attorney’s office has said CBD oil is legal only for those who suffer from intractable epilepsy and are part of the Texas Compassionate Use Act. The office now says only that it will “follow the law.”

Dafna Revah, who owns several CBD Kratom shops in North Texas, including one in Arlington, said the medical cannabis oils sold at her shops are legal because of the 2018 U.S. Farm Bill, which legalized industrial hemp.

If there were any doubt, she said the new hemp bill signed into law by Abbott settles the issue.

“I think this clarifies this whole misunderstanding,” Revah said. “Even if there were any questions out there, it is legal.

More than that, an amendment the state filed to the Health and Safety Code in April clarifies that hemp is not a controlled substance, said Trey Phillips, a retired Fort Worth police officer who, with his wife, last year opened Thrive Apothecary, which sells CBD products in Fort Worth.

That amendment alone makes the sale of hemp products legal, he said.

“HB 1325 is just one final clarification for anyone that doesn’t understand it already,” he said. “It spells it (out) for anyone who is still confused or skeptical.”

The law will require accurate labeling and a third party lab test to verify purity and strength of products, Phillips said.

It also lets Texas stores continue selling hemp products such as CBD oil if they contain less than .3% of THC, according to a statement from the office of Rep. Tracy King, the Batesville Democrat who carried the measure through the House.

“But stores cannot replenish until the manufacturer complies with the new testing and labeling requirements,” according to the statement.

At the same time, the postal service has said last year’s farm bill allows hemp oils and other products to be shipped throughout the country, according to a summary of the Texas bill from the office of Sen. Charles Perry, the Lubbock Republican who carried the bill in the Senate.

For now, his agency will work on the rules and guidelines for hemp production and submit a plan to the U.S. Department of Agriculture that Texas hemp farmers will need to follow.

The CBD market is projected to exceed $20 billion by 2022, according to Perry’s summary.