Cedar Hill, TX - The tornado of 1856 still holds Cedar Hill in its grip. Perhaps not much is known about it outside the city limits,

but it continues to come up in regular conversations with anyone who has lived in Cedar Hill for a decent length of time.

In its May 10, 1856 issue, the Dallas Herald “received minute particulars of the frightful tornado that recently carried desolation and death to the village of Cedar Hill, and neighborhood.”

The delivery of the news wasn’t instantaneous back then, so Herald readers were just finding out about the twister, which destroyed Cedar Hill on April 29, 1856.

Newspaper details of the time are sketchy and leave out major details that a modern-day reporter wouldn’t dare miss. Very few first names of victims are given. Reports state that only one building was left standing, but no information is provided about how many buildings were there to begin with.

And in comparing the Cedar Hill tornado with others like it, the Herald likens it to “The tornado at Natchez many years ago, and that which visited Vicksburg some eight or ten years since, …”

No journalist today would get away with saying “some eight or ten years since” or "many years ago" when giving a date.

These missing details have vexed residents, and Dave and Geri Klauck of the Cedar Hill Genealogical Society were enlisted to find out more about the particulars of that April afternoon in which nine people were killed and 12 wounded in the 10-year-old town of about 400 residents.

The two will present their findings in a 7 p.m. meeting March 14 sponsored by the Cedar Hill Museum of History.

“All that was known was the first name of one person,” Dave Klauck said. He and his wife have written a book, Gone with the Wind, the 1856 Cedar Hill Tornado, in which many of the details have been fleshed out.

A team of six genealogists did the research, each assigned to track down a victim.

“Geri loves a puzzle,” Dave said. “If you don’t want to be found, don’t get her on your case.”

The team dug into its resources, and Dave is thankful for the abundance of tools the group found online to help them: ancestry.com; the University of North Texas’ Portal to Texas History; familysearch.org, operated by the Church of Jesus Christ of Latter-Day Saints, Dallas County tax rolls, Dallas Public Library archives and – yes – Google.

“The babies’ names are still unknown, unless we come across church records, baptismal records or birth certificates,” Dave said.

But the group managed to find complete names for all the adults except one – a victim of a repugnant period of U.S. history. One “Negro woman” found among the dead likely was one of tornado fatality James L. Berry’s slaves, according to the team’s findings.

Some of the dead are believed to be buried in what is known as Crawford’s Tornado Graveyard, which was granted a Texas Historical Marker in 2012.

Dave also puts the number of buildings in the town back then at about a dozen. A map that he recreated showing the path of the tornado and the probable location of Cedar Hill’s buildings is in the Zula B. Wylie Library, he said.

The team’s research also uncovered details about a scandalous event after the tornado that is rendered in the sketchiest of details in the Herald.

The newspaper states that, “reports are in circulation, implicating the conduct of a prominent individual near Cedar Hill, in inhumane disrespect for the dead, and a refusal of that hospitality to the distressed that would spring spontaneously from every generous heart. We have suppressed the facts, as given us by a correspondent, and the name of the individual implicated, because it is an exhibition of human nature in a form so debased and ignoble that we are unwilling to believe it without further evidence. We wish to give him an opportunity of clearing himself of the imputation.”

Near as he can figure it, Dave Klauck believes this refers to Robert Crawford, a citizen of some renown who apparently turned back some people who wanted to store some of the bodies in his home to clean them up for burial.

“Crawford turned them away because he had some company and a lot of injured people already at his home,” Dave said. “He may not have made many friends on his way out of town.”

Be that as it may, the cemetery bears his name, probably because he deeded the land for it.

If you want to know more, including everyone’s first name, visit the meeting at 7 p.m. March 14 in the Fellowship Hall of the Church of Christ at 700 Broad St.  Copies of the Klaucks’ book will be available for $25. 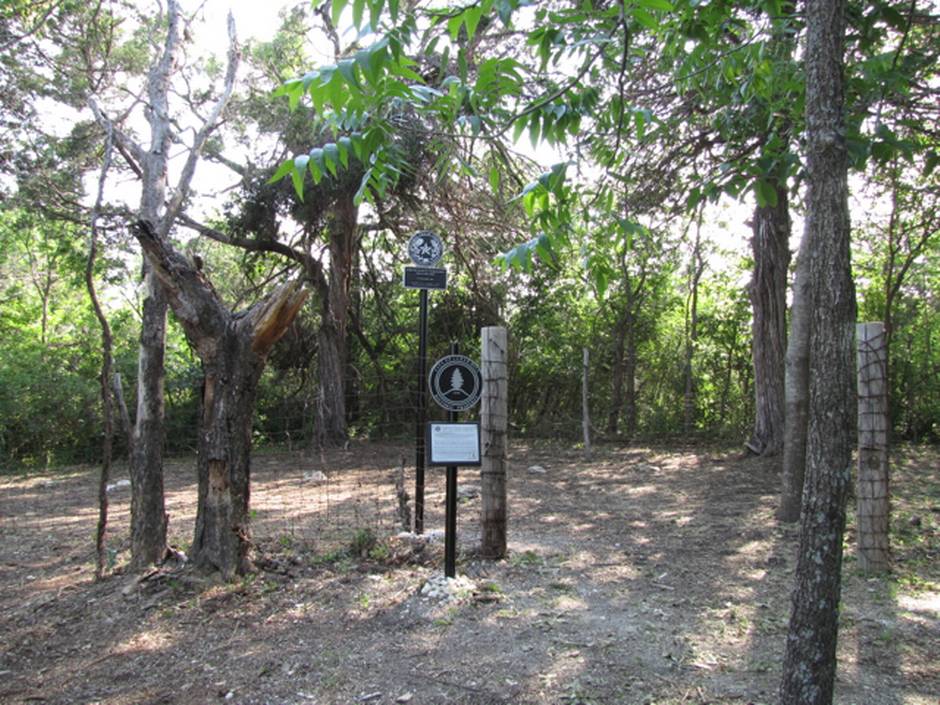