Cedar Hill, TX - A Cedar Hill man, who has already been charged with shooting three neighbors, is now accused of assaulting family members in Midlothian.

Relatives of the shooting victims were already angered that Danny Silvers was allowed to bond out on the murder charge. 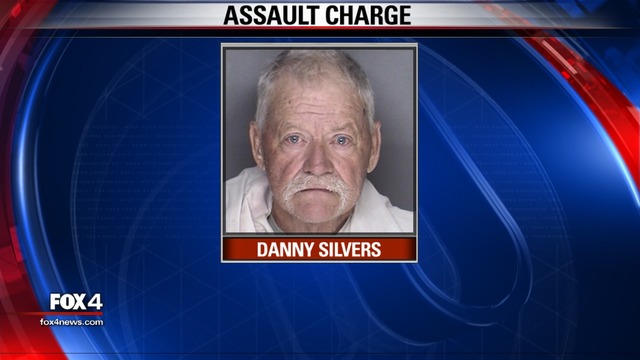 David Bailey was one of three people shot in October after a neighborhood argument over water sprayed on a truck. His stepson, Nick, was also seriously wounded. His fiance, 60-year-old Jeri Edwards, died.

Police charged their next door neighbor, 68-year-old Danny Silvers, with the crimes including murder. But weeks later, he was out of jail on bond

Court records indicate that Silvers was released with restrictions. He was not allowed to carry a weapon, drink alcohol or do drugs and was supposed to be wearing a tracking device.

Midlothian police have charged Silvers with assault for an incident there Saturday night when he allegedly slapped his daughter and struck his son-in-law. Police say he was intoxicated when arrested.

Man accused of murdering neighbor out on bond

He is now facing charges of assault causing bodily injury to a family member. He will be transferred to the Ellis County Jail.