Cedar Hill, TX - A man arrested in connection with a string of crimes in Dallas and Highland Park on Tuesday is also suspected in a Cedar Hill robbery.

Police took Devyn Flowers, 30, into custody after he reportedly fled a crash in the 5000 block of Preston Boulevard. 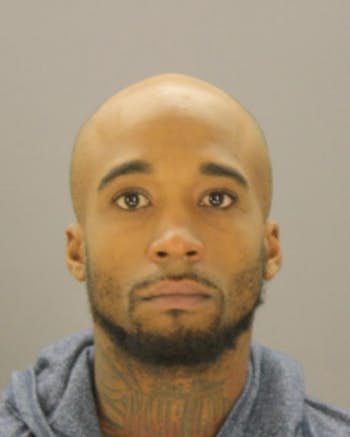 According to his arrest-warrant affidavit, Flowers and 32-year-old Crystal French were shot by a commissioned security guard after he caught them breaking into his vehicle and they drove toward him.

Flowers dropped off French at a strip center on Oak Lawn Avenue, saying that she needed help, then crashed a few blocks away.

Authorities say Flowers also is suspected of robbing a Taco Bell on June 7 in Cedar Hill. Police say he threatened employees with a handgun before he fled.

Flowers faces two counts of aggravated robbery as well as a parole violation. He was being held at the Dallas County jail Thursday, with bail set at $100,000.