Cedar Hill, TX - Three people are dead after a house fire in Cedar Hill early Thursday morning, officials say. UPDATE: Police believe someone might have committed a crime. Police are not saying if the victims died in the fire or some other way.

The fire department responded to the fire in the 700 block of Lovern Street at around 4:30 a.m. but not before police officers tried to bust through the front door. 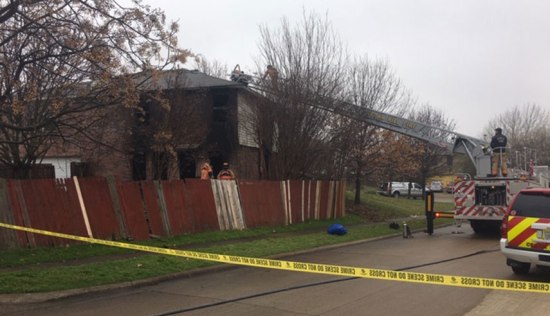 “We attempted to make entry through the front door, but the smoke was too bad,” said one officer on the scene.

Cedar Hill police did rescue two people from the second-story window of the home.

“When you can actually be involved in a situation like this – it’s just overpowering and emotional to save a life,” described another officer during an afternoon news conference.

As firefighters worked to put out the fire, three people were removed from the home and pronounced dead at the scene. Another person was transported to the hospital in critical condition.

According to officials, three Cedar Hill police officers were also taken to the hospital for smoke inhalation.

“The police officers that first arrived on scene and attempted to go inside, without gear that the fire department has are very heroic,” Cedar Hill Deputy Fire Chief Rodney Smith said. “Also, the firefighters in these kinds of situations risk it all. They really risk a lot going into these fire conditions to conduct those rescues and remove the victims.”

The cause of the fire is under investigation, and the identities of the victims have not yet been released.