Why did Dallas’ DA kill a corruption probe of Cedar Hill? Town leaders were let off the hook, experts say

Cedar Hill, TX - An investigation into whether Cedar Hill City Council members used their offices to try to enrich themselves ended this month just as concerned residents feared:

With no consequences for Mayor Rob Franke, Chris Parvin and Jami McCain for creating a special tax zone around their own properties two years ago without disclosing their interests or abstaining from the decision. 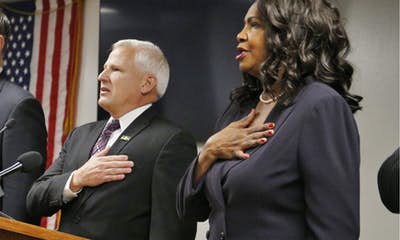 And residents have lingering concerns about how thoroughly the Dallas County district attorney’s office investigated.

“We waited by the phone for months for the investigator to interview us,’’ said Wes Pool,  former Cedar Hill plan commissioner and a leader of the citizens group that was behind the formal complaint to the DA. “But he never called.’’

Problems plagued the investigation under current District Attorney John Creuzot and his predecessor, Faith Johnson. The probe sputtered through staff changes, a shortage of investigators and procedural blunders, The Dallas Morning News found.

In the end, Creuzot made a sudden shift in interpreting Texas’ ethics law to come around to Cedar Hill’s legal stance. Legal experts say his move raises questions about whether the town intimidated him.

Creuzot said he simply did the right thing after having one of his prosecutors take a fresh look at the issue. 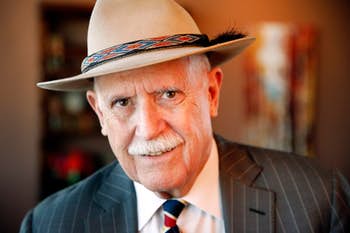 “People are entitled to whatever perception they have,’’ he told The News.

Cedar Hill officials declined to comment for this story through their criminal defense attorney, Tom Mills. Parvin is no longer on the council. When asked to comment, he sent an email with emoji of an American flag, a bald eagle and a fist bump.

“We’re obviously glad and relieved about the result and agree with the interpretation of the DA,’’ Mills said. “This was serious.’’

In November 2017, a News investigation detailed how the mayor and others had positioned themselves to profit off a plan to bring $160 million in development into its old downtown.

The key piece was a tax-increment financing district they had approved a year earlier. It would pump millions in future property tax dollars into downtown to spruce it up with street, sewer, water and other improvements. Property values would climb.

What town officials didn’t tell the public is that they and their families owned about 25 properties inside the zone. Its boundaries wrapped around a 30-acre goat farm owned by the family of Councilman Parvin, including his White Rhino Coffee shop. The boundaries also looped around nine properties owned by Mayor Franke’s businesses, and took in a home owned by a church pastored by McCain and her husband. 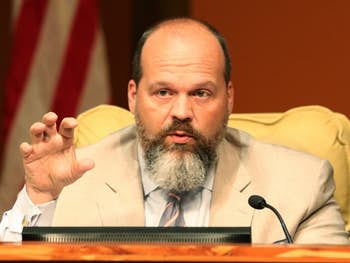 Cedar Hill City Council member Chris Parvin led the vote to create a special tax zone around his business and his family's properties, The News disclosed in a 2017 investigation. He did not run for re-election.  (Irwin Thompson/The Dallas Morning News)

The council members did not file statements disclosing their properties, as required under the town’s ethics policy at the time. They got rid of that requirement without a public explanation shortly after the tax-zone vote.

But Texas’ conflict-of-interest law also requires disclosure — particularly when such votes bring a special economic benefit “distinguishable from the effect on the public,’’ as the law states.

Cedar Hill’s town attorney and manager argued that the council members weren’t required to do so under the law. Their rationale: The tax zone covered some 600 properties. So property owners besides council members would receive the same benefits.

Legal experts told The News they didn't see it that way.

The zone covered only 3 percent of the town, leaving thousands of other properties in its remaining 97 percent without the improvements, they said.

The tax zone decision and other actions taken by the council over the years amounted to a “tapestry of misconduct,’’ according to one expert.

Start of the inquiry

After The News' investigation, Andy Chatham, a prosecutor in the DA’s public integrity unit, began an inquiry.

He spoke with Pool, a leader of the citizen’s group that had been monitoring Franke’s purchases and votes. The group had confronted the mayor in a town hall meeting about his lack of disclosures. Franke acknowledged owning four houses downtown, but not his other properties. They recorded him. 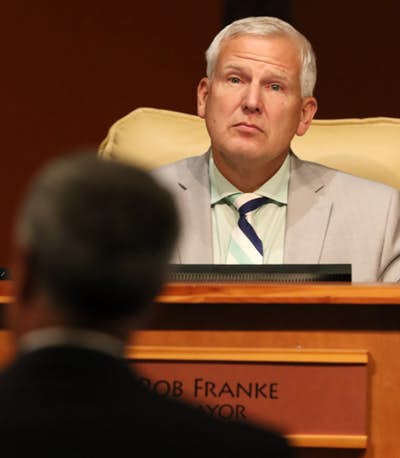 Cedar Hill Mayor Rob Franke had filed disclosures of his property holdings years ago. He stopped in 2008 before stepping up his real estate investments in downtown. He acknowledged making a mistake in not filing them. But he blamed administrators for not reminding him. "Sorry to throw you under the bus, guys,'' he said to them during an interview with The News.  (Irwin Thompson/The Dallas Morning News)

“Chatham was going to look into things and get back with me,’’ Pool recalls the prosecutor saying.

Chatham, however, soon moved to another division inside the DA’s office. Pool didn’t hear back.

Chatham declined to comment about his preliminary inquiry and how Johnson and other prosecutors viewed it.

He said only that the issues “warranted a full-scale criminal investigation,'' and beyond just the ethics law.

Chatham said his job change inside the DA’s office, as well as his exit — he’s now in private practice — had nothing to do with the Cedar Hill case.

Her staff had worked with Cedar Hill officials on setting up a satellite office there for prosecutors. She also had collaborated with the mayor on public service efforts and received campaign contributions from him, records show.

In June 2018, Pool made a formal criminal complaint on behalf of his citizen watchdog group in a meeting with prosecutors and their investigator.

Pool told them how he had agonized over pursuing a criminal investigation, realizing the gravity of it. But his father, the late Congressman Joe Pool, would have wanted him to.

A prosecutor said it was clear Cedar Hill council members had violated their own ethics ordinance before they nixed it, according to a recording of the meeting. But that was a matter for Cedar Hill police.

The prosecutor told Pool, however, that the DA had only one investigator to examine the case and might not be able to move quickly. 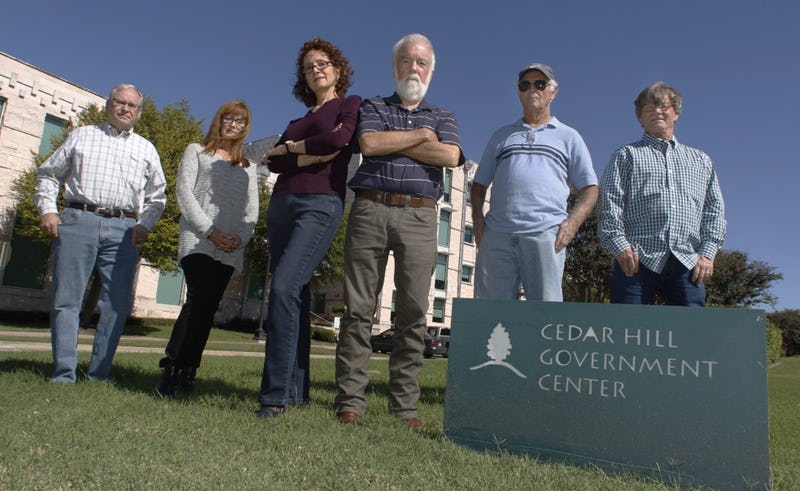 One of the DA staffers also said that Johnson was considering recusing herself and might bring in prosecutors from another jurisdiction, if necessary, to handle the case.

Johnson recently told The News that she had recused herself from the case. A spokeswoman for the office says it has no documentation of a recusal. A special prosecutor was not appointed.

“It’s our understanding that she declined to participate in any decisions on the case,’’ a DA spokeswoman said of Johnson.

One moment from Pool’s meeting with the prosecutors stuck with him.

A prosecutor urged him to seek out other law enforcement agencies to try to hook their interest in investigating Cedar Hill.

Get the story out. Keep loud and aggressive, Pool recalls the prosecutor saying.

About a week after the meeting, the DA’s office launched its formal investigation.

Pool was encouraged. A prosecutor told him that the DA was going to add an investigator from another unit to work the case, he said.

He was part of the team that secured not-guilty verdicts in the bribery case of Dallas County Commissioner John Wiley Price and his aide Dapheny Fain in 2017.

Mills declined to comment on specifics of the Cedar Hill investigation, except to say he met several times with officials of the DA’s office.

After the subpoenas went out, Pool continued to wait for an investigator to call. Others in his group who had witnessed Franke’s statements and votes waited, too.

In November, Johnson lost her election bid to Creuzot.

By then, Pool and the others still had not heard from an investigator.

Six weeks into his new job, in mid-February, Creuzot sent a letter to Cedar Hill’s mayor and town manager, saying he was shutting down the investigation.

He called the state conflict-of-interest law’s wording ambiguous. But, he said, the “spirit of the law is manifestly clear.’’

“Transparency,’’ Creuzot wrote, helps citizens figure out whether votes “are in the public’s best interest or merely instruments aimed at enabling public officials to enrich themselves.’’

Creuzot wrote that he would ask the Legislature to clarify the ethics law. He also warned he would prosecute public officials in the future under the law.

Then something striking happened. 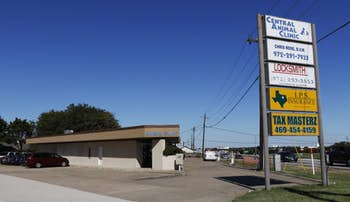 Cedar Hill Mayor Rob Franke and a business partner own this strip shopping center at the intersection of U.S. Highway 67 and Belt Line Road in Cedar Hill. It sits inside a special tax zone created by Franke and council members. (David Woo/Staff Photographer)

By sending the letter directly to town officials instead of to Mills, Creuzot had violated Texas’ attorney conduct rules, Mills shot back. It was a careless mistake for any district attorney, particularly Creuzot, a former judge, experts said.

Creuzot wrote back to Mills and apologized for mistakenly sending the letter to town officials. He also did an about-face, saying he no longer thought the law was ambiguous.

“Accordingly, I am retracting my letter,’’ Creuzot stated.

In an interview with The News, Creuzot and a prosecutor he asked to take a new look at the issues said they’ve dropped their plans to enlist lawmakers’ help in clarifying Texas’ law.

Creuzot and his assistant are now embracing an argument Cedar Hill officials have consistently made: that council members did not receive any special benefit in creating the tax zone, because other property owners also stood to benefit from it.

“What these people did out there was not wrong, not illegal,’’ Creuzot said. “We were wrong.’’

The DA also said he has known Mills for 40 years and respects him.

“If he tells me that I may have come to the wrong conclusion, I’m going to take it seriously,’’ Creuzot said. “People are entitled to whatever perception they have.’’

The DA and his staff would not tell The News how many people were interviewed. Previously, a spokeswoman said dozens. She recently changed that to "numerous.'' And she could identify only two interviewees: the town manager and town secretary.

They believe a strong case could have been made that Cedar Hill officials broke the law.

“What happened here is outrageous,’’ said Dave Henderson, a Dallas lawyer and former prosecutor for Bexar County. “Creuzot’s original take on the spirit of the law is correct. It looks like the town’s lawyer scared him into changing his position.’’

Scott Bradley, a former chief prosecutor for the Dallas DA’s office, said Creuzot’s mistake in sending the letter directly to Cedar Hill’s officials is “absolutely embarrassing’’ for Creuzot — and it gave Mills leverage.

“It’s hard to say what Creuzot’s motive was — I don’t know what’s in the man’s heart,’’ Bradley said. “But you can argue that the economic interest they got [ from the tax vote ] is disproportionate to most other citizens.’’

“It doesn’t inspire a lot of public confidence in the DA’s office,’’ Bradley said.

He also said lawmakers should step in to strengthen the law so the Cedar Hill scenario doesn’t happen again. 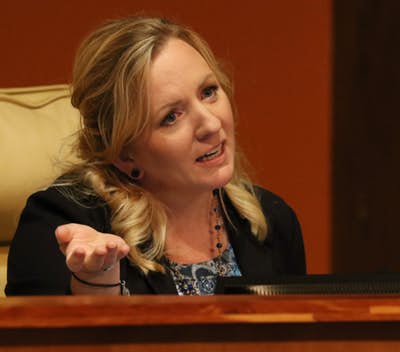 Cedar Hill resident Tom Myers, a member of Pool’s group, said he and others had hoped the criminal justice system would have stepped in where others had not.

“I just think without vigorous enforcement of conflict-of-interest laws, we’ll continue to see elected officials abuse the public trust as a vehicle to profit,’’ Myers said.

Pool said he’s not giving up.

His next stop: the U.S. attorney’s office.

Mayor Franke, meanwhile, is not running for re-election this spring. It’s the first time he hasn’t done so in more than two decades.

Councilwoman McCain, who no longer has to worry about the DA's examination of her vote, is now campaigning for Franke's job.