Cedar Hill, TX - Voters in Cedar Hill elected a new mayor, three council positions, two trustees and a proposition on the sale of alcohol.  The results of those races are below and will continue to be updated throughout the evening.

After more than 22 years as mayor, Rob Franke was not running for reelection in Cedar Hill. His soon-to-be former office will be filled by a current Mayor Pro Tem Stephen Mason who held off fellow councilmember Jami McCain.

Franke, along with McCain, were recently subjects in a corruption probe by the Dallas County District Attorney's Office. In November 2017, a Dallas Morning News investigation detailed how the mayor and others had positioned themselves to profit off a plan to bring $160 million in development into its old downtown. Dallas County DA John Cruezot investigated and ultimately found no evidence of wrong doing. 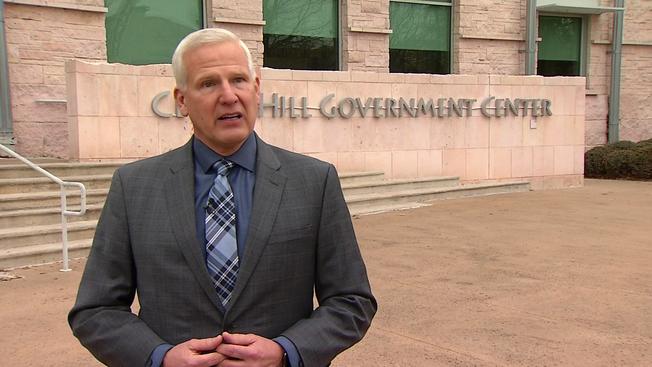 Voters in Cedar Hill had several other races to consider on Election Day, including three City Council races, two trustee seats on the Cedar Hill Independent School District board as well as a propositition.

Prop A asked voters to consider whether they'd like liquor stores to be allowed in Cedar Hill. The vote is below.

Voters also had to choose new council members in Places 1, 3 and 5.

The race for Place 5 was between three people who have never held any political office before -- Gregory Glover, a former pharmaceutical sales rep; Kim Rimmer, a legal assistant; and Victor Gonzalez, a code compliance officer for the city of Dallas.

A special election to fill a vacancy in Place 1 after the departure of mayoral candidate McCain was a close one with Shirley Daniels getting 81 more votes than Michael Lewis.

In the Cedar Hill ISD, voters were asked to decide who'll be the trustees in Place 1 and Place 2.

In Place 1, incumbent Gayle Sims, whose been a trustee since 2017, defeated challenger Shomega Daniels-Austin, an insurance agent seeking her first public office.

After serving three terms as trustee for Place 2, Doug Heyerdahl is stepping down. Keisha Williams-Lankford won the seat over Carma Morgan.