3 Injured When Deck Collapses During Home Showing in Cedar Hill

Cedar Hill, TX - Three people were injured Wednesday when a deck suddenly collapsed during a showing at a home listed for sale in Cedar Hill.

City officials confirmed to NBC 5 that people were touring the property when they went out to one of the home's four decks and it suddenly gave way.

All three people were transported to nearby hospitals for treatment, though their conditions are not known.

From Texas SkyRanger, firefighters and EMS workers could be seen working around the collapsed deck on the backside of the home at 925 Hickory Knob Circle.

Photos of the home on Zillow.com show the deck to have at least two levels with stairs leading down to an area below.

It's not clear how high the deck was above the ground and that information is not present in the listing. 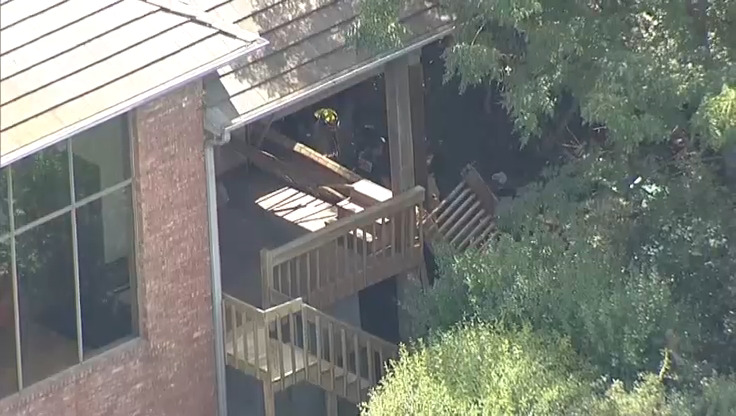