‘Our world has been turned upside down’: Family mourns Dallas woman whose sons were orphaned after slaying

Cedar Hill, TX - When Tammy Kirk wanted to get dressed up, her daughter was her go-to. LaTiffiney Rodgers knew how to do her mother’s hair and doll her up with makeup, even applying her false eyelashes.

It wasn’t about the makeup. It was about their moments together.

“I don’t have that anymore,” Kirk said Tuesday at her Cedar Hill home, two days after police say Rodgers was killed by the father of her children, Johnnie Palmore, setting off a manhunt for him and their two young boys. 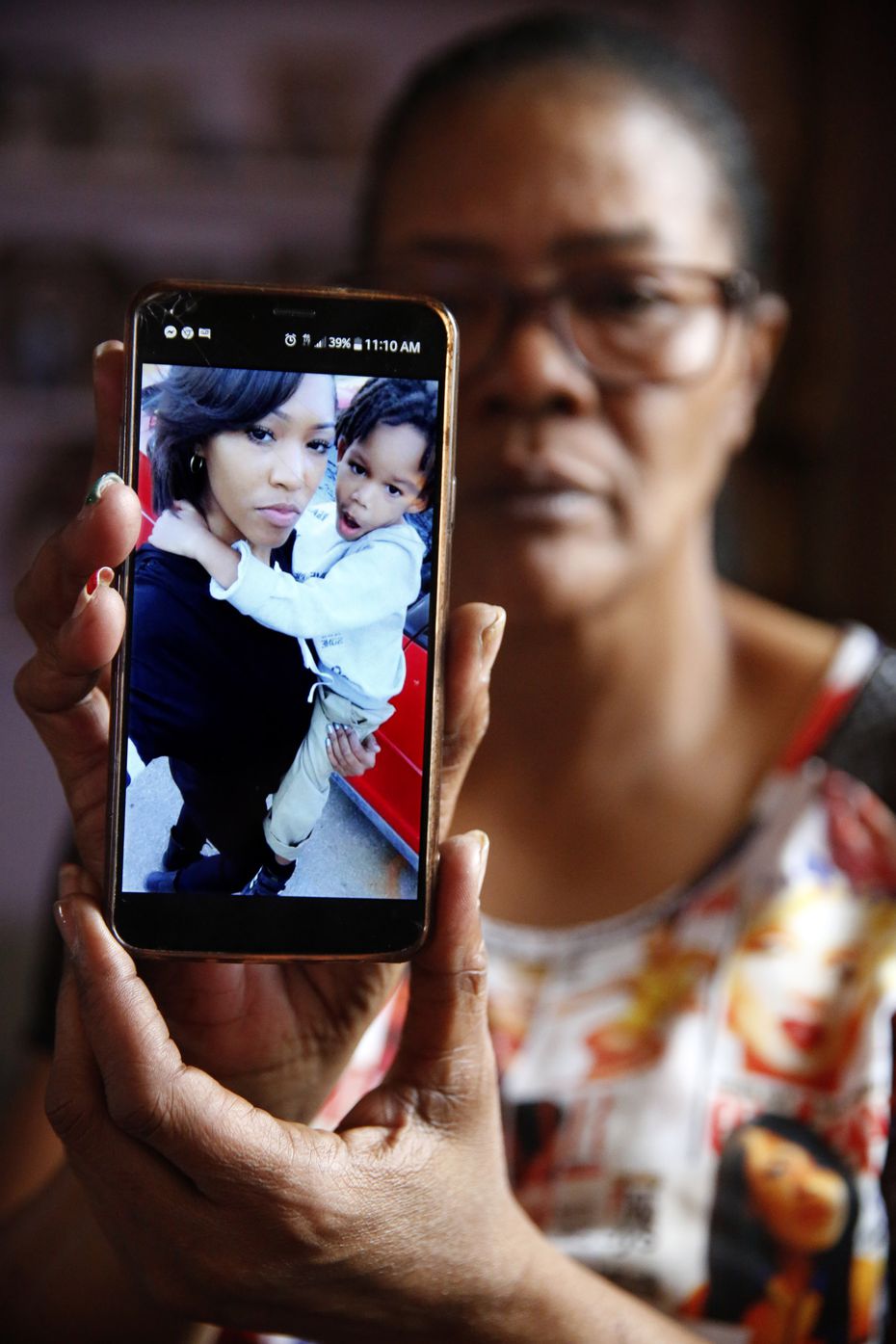 Kirk, 58, will miss those times with her youngest daughter — and their daily phone calls filled with laughter, she said.

Rodgers, 26, recently moved out of her mother’s home, had gotten her own place and loved her new independence, Kirk said. She was hoping to get a job at the probation office in downtown Dallas.

She was a devoted mother to her two boys, 1-year-old Julien and 7-year-old Jorden, who were found safe Monday morning after police issued an Amber Alert for them, fearing they were in grave danger.

“She was talking about doing things and getting this for her apartment and doing stuff for her boys,” Kirk said. “And none of that's going to happen now. Our world has been turned upside down.”

‘I told her I loved her every day’

Rodgers was a jokester, her mother said. Sweet and resilient, too — and a “selfie queen.”

“She took a lot of pictures, and I told her, ‘Girl, you is good with a camera phone,’” Kirk said, smiling.

Kirk’s voice at times shrunk to a whisper as she spoke about her daughter Tuesday, sitting on a couch, with photos of her children lining the wall behind her. Tears rolled down her cheeks as she described her frequent visits from Rodgers — and when she thought about how she’ll one day have to tell her grandsons what happened to their mother.

Rodgers’ oldest brother, 40-year-old ZaModeric Odom, grew up helping care for his sister and said he’d been proud to see her growing up.

“I was liking the person she was becoming. Her whole vocabulary was different,” he said. “We had a conversation Thursday and the whole conversation, I was listening to her like ‘My sister is really growing up. She’s trying to better herself.’ ”

Rodgers’ family said she had been in an off-and-on relationship with Palmore for about 10 years. Kirk said she often told her daughter, “He’s not the one,” but she never imagined he’d seriously hurt or kill her.

Kirk said the only instance of domestic violence she knew of was the time in 2018 when Palmore pushed Rodgers while she was holding Julien, causing her to drop their baby. Palmore faced a child endangerment charge after that, but it was later dismissed.

LaTiffiney Rodgers’ older brother, 27-year-old Arthur Rodgers, said he and his sister were “best friends.” Their birthdays were just over a year apart, and he said they did almost everything together.

Arthur Rodgers said his family is close — they rarely had bad times and shared a group text together where they chatted everyday.

“I’m grateful for that. I told her I loved her every day,” he said. “It makes it a little bit easier for the family.”