Man in custody after reaching speeds of 100 mph during police chase in Cedar Hill, Dallas

Cedar Hill, TX - A man is in custody after he led Cedar Hill police on a chase early Sunday morning that reached speeds of 100 miles per hour.  It started at about 2 a.m., when officers in the Dallas suburb tried to pull over a suspected drunken driver. 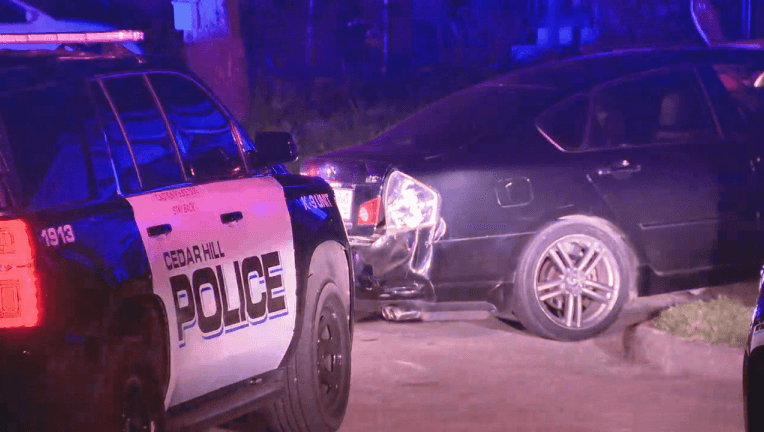 Police said the driver refused to stop and sped through parts of Cedar Hill and Dallas.

The fleeing driver at times drove the wrong way, had no headlights on, and reached speeds of more than 100 mph, according to police.

The chase came to an end when the suspect drove down a dead end street near Zang Boulevard and 12th Street.

Police said he backed into a Cedar Hill police vehicle while trying to get away, but was arrested shortly afterward.

No injuries were reported.