CEDAR HILL, Texas - A simple act of kindness brought together some police and a young teen in Cedar Hill.  Earlier this month, La’Ron Harper was bringing decorations, which included balloons, to celebrate her nephew’s 14th birthday.

But as she was driving there, the decorations and balloons were flaying away, and that’s when Cedar Hill PD officers stepped in to help. 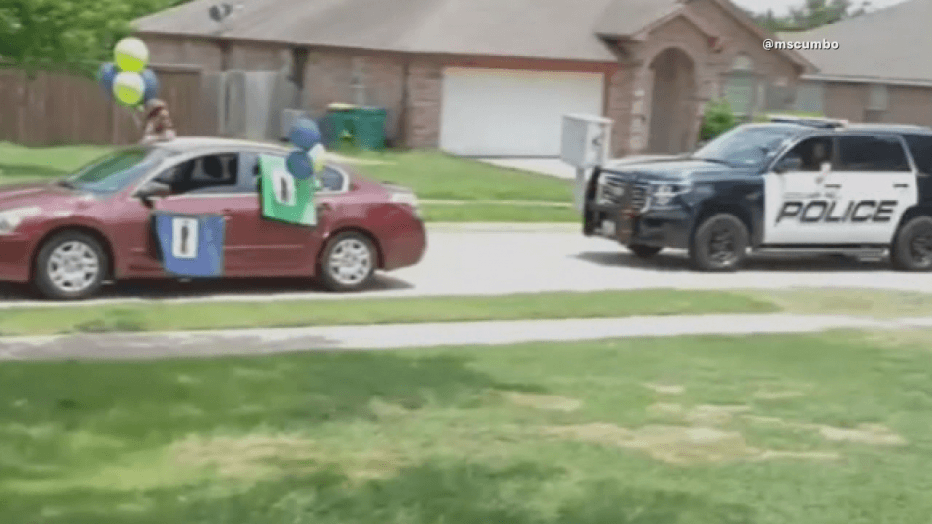 And then officers decided to tag along to wish Kennedy Cumbo a happy birthday.

Cumbo walked out to see his aunt, along with several officers there to give him birthday wishes.

“I don't know if he knew she was coming or not because he seemed surprised when he came out the front door with three squad cars blaring their horns and yelling over their speakers happy birthday,” Cedar Hill PD Lt. Paul Sandefur said.

“I was kind of shocked and didn't know what was going on,” Cumbo said

The group got a chance to reunite Saturday.

Cumbo’s aunt said it's important to show in these strained times that not all police officers are bad, and not all African American young men are bad.