Las Vegas, NV - There’s a chance the much-anticipated unification welterweight title fight between DeSoto’s Errol Spence Jr. and Terence Crawford could finally happen.  A source said negotiations have been ongoing since May.

Spence said on a Showtime fight card last weekend his adviser, Al Haymon, was awaiting a response to a contract proposal from Crawford.

The title fight could occur in November or December in Las Vegas. 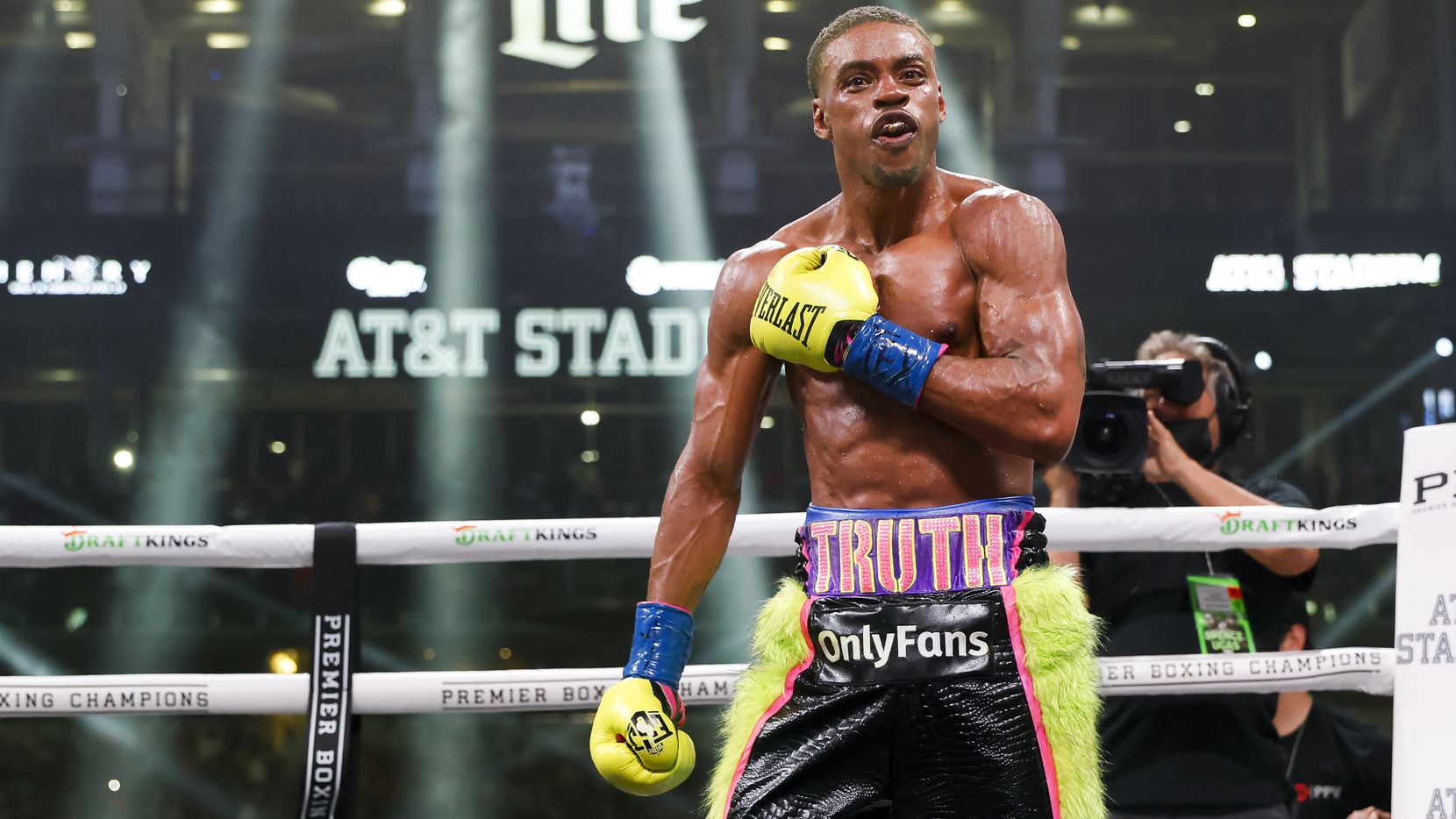 DeSoto’s Errol Spence Jr. (28-0) celebrates beating Yordenis Ugas (27-4), via a technical knockout in the 10th round of a welterweight championship boxing match against at AT&T Stadium, on Saturday, April 16, 2022, in Arlington, TX. Spence beat Ugas to defend his WBC and IBF welterweight titles and to win the WBA welterweight title.(Juan Figueroa / Staff Photographer)

Having a pay-per-view fight in October is problematic for Spence’s promotional arm, Premier Boxing Champions, because the company doesn’t want to host an event up against Major League Baseball’s postseason and the possibility of the early portion of the NBA schedule.

In April, Spence, 32, added the WBA title to his waist with a 10th-round TKO over Yordenis Ugas. Spence holds the WBA, WBC and IBF titles.

Crawford, 34, became a promotional free agent when his contract with Top Rank ended this year. Crawford last fought in November when he defeated Shawn Porter by 10th round TKO to retain his WBO belt.

Both fighters have called each other out for years while taking on other opponents. But now with each fighter holding all the belts in the division it appears time for two of the best fighters in the sport to finally get in the ring.