Desoto, TX - The City of DeSoto has narrowed the search for the next City Manager to two exceptionally qualified candidates.  The City will conduct meetings with both candidates including interviews with the City Council in Executive Session, a meeting with department directors, a tour of the community, and a time where residents will have the opportunity to ask questions of the finalists.

The formal interview process will conclude with a community meeting followed by a reception on Tuesday evening, February 11, 2020. 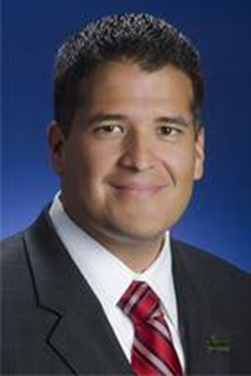 Jose Madrigal has 17 years of municipal government experience and currently serves as the Interim Solid Waste Services Director for the City of Irving, Texas, where he also served as the Strategic Services Team Director (Assistant City Manager) from 2012 to 2013, and the Public Works Team Assistant Director from 2011 to 2012. 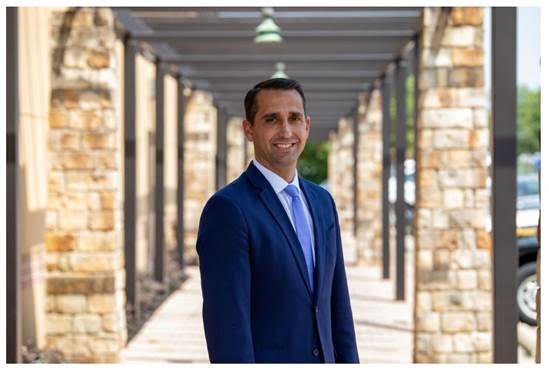 Brandon Wright has more than 14 years of local government experience and currently serves as the Chief Financial Officer/Assistant City Administrator for the City of Davenport, Iowa, where he also served as Finance Director from 2012 to 2016, and Budget Manager from 2010 to 2012. Brandon served as a Budget Analyst for the City of Aurora, Illinois from 2007 to 2010.

Brandon holds a master’s degree in public administration from Northern Illinois University and a bachelor’s degree in communications from Brigham Young University. He is a Certified Public Finance Officer and a graduate of Harvard University’s State and Local Government Executive Program.

“We worked closely with SGR to attract the most highly qualified candidates who would be the best choices to lead DeSoto into the next decade, and are elated to have two finalists with such impressive qualifications,” stated DeSoto Mayor Curtistene S. McCowan. “Both candidates are exceptional and we will be looking closely in the days ahead to try and determine which one will be the best fit for our great city!”

For further information about how to view this community meeting live or on-demand visit: 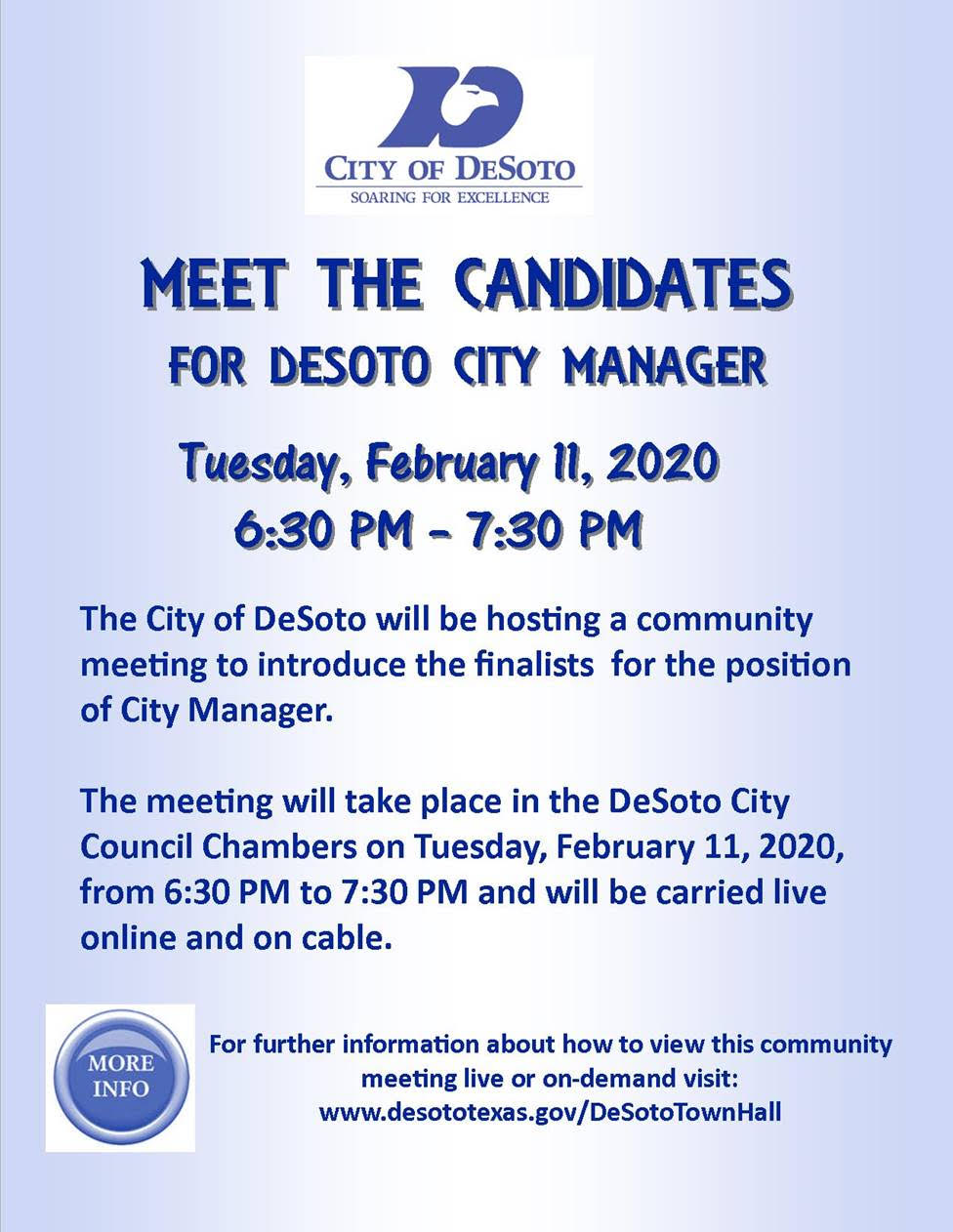