is believed to be traveling with 16-year-old male Dallas resident Jaylin Boyd who was reported as a runaway to Dallas Police.

Ms. Adams is described as a light skinned African-American female who is between 5’05”-5’6” and 170 Lbs. She was last seen wearing black and white shoes, red sweat pants, a red t-shirt, black hoody, and had a gray mesh netting backpack. Photos of Leah Denise Adams from the “Attempt to Locate” Facebook Page can be viewed at the bottom of this message.

Limited information is available to DeSoto Police about Mr. Boyd who is an African-American male, 6'2" and 240 lbs.

Adams and Boyd may be using the DART rail system for transportation, and Ms. Adams was most recently reported to have been sighted riding the DART train near Illinois Station. The DeSoto Police Department is currently in the process of confirming the date, time, and authenticity of that sighting.

Anyone with information regarding the whereabouts of Adams or Boyd should contact DeSoto investigator Sgt. J. Parker at 469-658-3042. 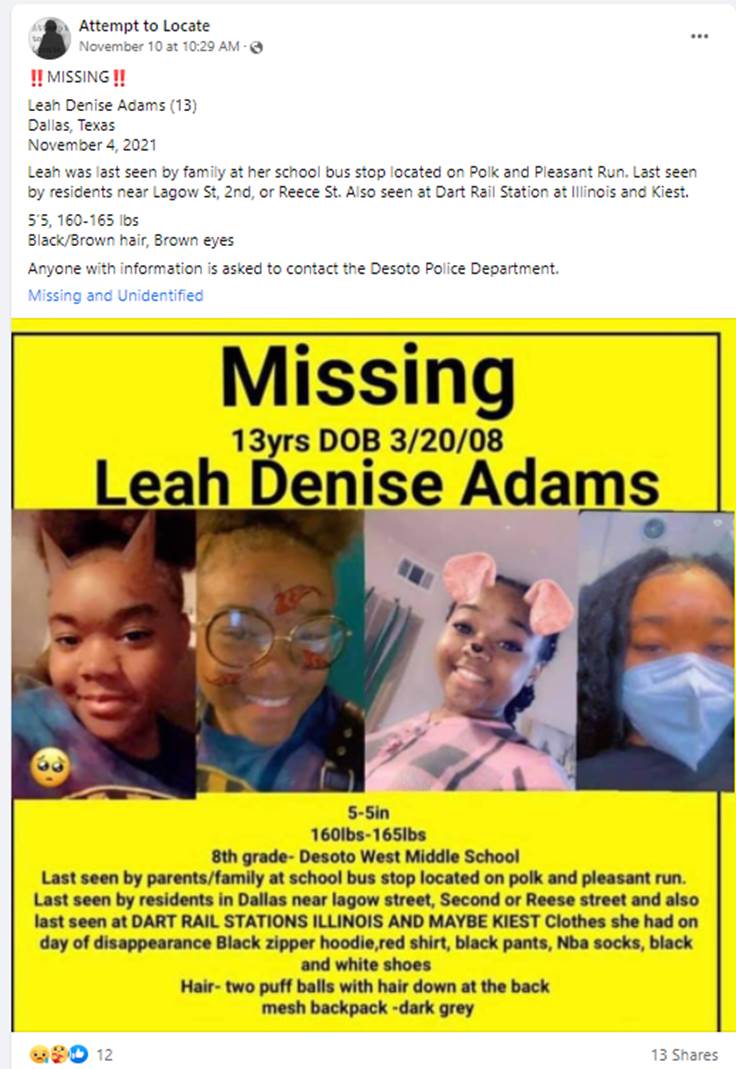