DeSoto, TX - DeSoto schools superintendent D’Andre Weaver will submit his resignation to the board Monday, setting the district up for another search for leadership as it works to find stability.

Weaver took over the embattled district in the summer of 2018 and inspired confidence among many community members with an intense focus on raising academic achievement and righting finances. He weathered previous controversies with the board — including an earlier attempt to have him resign and a state takeover.

He plans to step down in December and said he’s proud of what he’s accomplished.

“I feel we’ve left this place better than we inherited it,” he told The Dallas Morning News. “We did a lot of hard stuff, but we were able to turn the tide a bit.”

Even before the pandemic upended public education, Weaver faced deep challenges in DeSoto.

The district has struggled with lagging academic performances. And in the years before Weaver took over, sloppy bookkeeping and lavish spending created a $21.6 million budget shortfall for the district that led to deep staff cuts and a temporary school closure in the suburban district located about 15 miles south of Dallas.

The financial mismanagement prompted the Texas Education Agency to appoint a conservator to oversee the district’s operations.

Amid the threat of state takeover in August 2020, a split board of trustees voted to accept Weaver’s resignation during an emergency board meeting on a Sunday afternoon. Many were outraged with supporters lining up outside the administration offices. Then, in a twist, the board quickly reinstated Weaver.

This time around, Weaver said there’s no drama.

“Sometimes, you get to that point where you just realize, ‘Hey, I’ve done all that I can do here, and this is a good space,’” he said. “Last year, I could not say that.”

He and his wife are also expecting their third child in January. 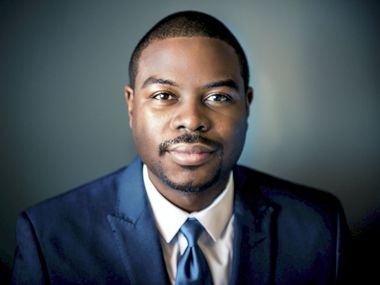 “COVID has been something hard on us,” he said. “We’re going to be taking time as a family to really be present for that.”

Superintendents across the country have faced deep stress and exhaustion throughout the pandemic. They had to oversee a massive switch to virtual learning and figure out how to safely reopen classrooms in a highly politicized environment. Even as schools work to return to normalcy, administrators are grappling with lingering trauma and mental health issues.

It’s unclear who will take over from Weaver come the second semester. The board remains under state control, meaning conservator A.J. Crabill has a say in all trustees’ decisions.

“As a Board, we are grateful for the passion, service and commitment with which Dr. Weaver led our school community and wish Dr. Weaver the absolute best as he transitions to the next endeavors,” board president DeAndrea Fleming said in a statement.

In an email to the community, the district highlighted that under his leadership, the district dramatically improved its financial standing. The number of students enrolled in Advanced Placement classes went up as did the rate of seniors graduating college, career- or military-ready.

District leaders had big hopes when hiring Weaver, a sought-after speaker at national conferences who was praised by former President Barack Obama for his work leading a high-performing high school in Illinois. Arne Duncan, a former United States education secretary, is one of his mentors.

The district “managed to bring the district from the brink of insolvency, with no fund balance in 2018, to a solvent district with a projected fund balance of over $18 million this year — the healthiest in district history — and securing DeSoto ISD’s financial stability for the foreseeable future,” according to the news release.

Challenges remain as the pandemic wears on and schools struggle with widespread learning loss. And even before COVID-19, DeSoto struggled with dropping enrollment, which also meant a significant cut in state funding. It currently serves about 8,700 students, down from more than 9,500 when Weaver took over.

Still, Weaver feels DeSoto is in a better place than when he started.

“Generally, superintendents don’t close schools, cut staff, reduce budgets and stay around long,” he said. “Those are hard things, especially in smaller communities. … Great opportunities are going to present themselves for both the district and for me, as a result of all of this.”