Remember the DeSoto valedictorian stripped of her title due a district error? She's now graduating from college with barely any debt

DeSoto, TX - Sometimes mistakes can be painful.  But if you ask Destiny Brannon, sometimes they can be the best thing that ever happened to you. How does she know? A mistake got pretty much all of her college tuition paid for.

Brannon, a current student at the University of Texas and former DeSoto High School graduate, went viral in 2018, after DeSoto ISD admitted to a massive blunder regarding Brannon's senior class rankings.

That year, Brannon spent weeks thinking she was valedictorian of her class.

She received a plaque, was recognized in front of the school board and spoke to her peers at graduation as valedictorian.

But after throwing her cap in the air and walking away at the top of her class, DeSoto ISD informed Brannon that the district had miscalculated rankings and was actually No. 3 in her class.

That threw a huge monkey wrench into Brannon's plans. In Texas, any student who graduates as valedictorian from a school accredited by the Texas Education Agency can get their first year of tuition waived at a public college or university.

Destiny Brannon went viral in 2018. After graduating as valedictorian, she was told she was No. 3 in her class. A GoFundMe raised $40K for her college tuition.

That’s something Brannon could no longer count on after being accepted into the University of Texas.

The Brannon family had also just closed on a new house, anticipating that they wouldn’t have to pay for their daughter’s first year of college.

"I was very distraught about the situation, because I didn't know how I would pay for school at the time," Brannon said. "I kind of didn't have a backup plan." 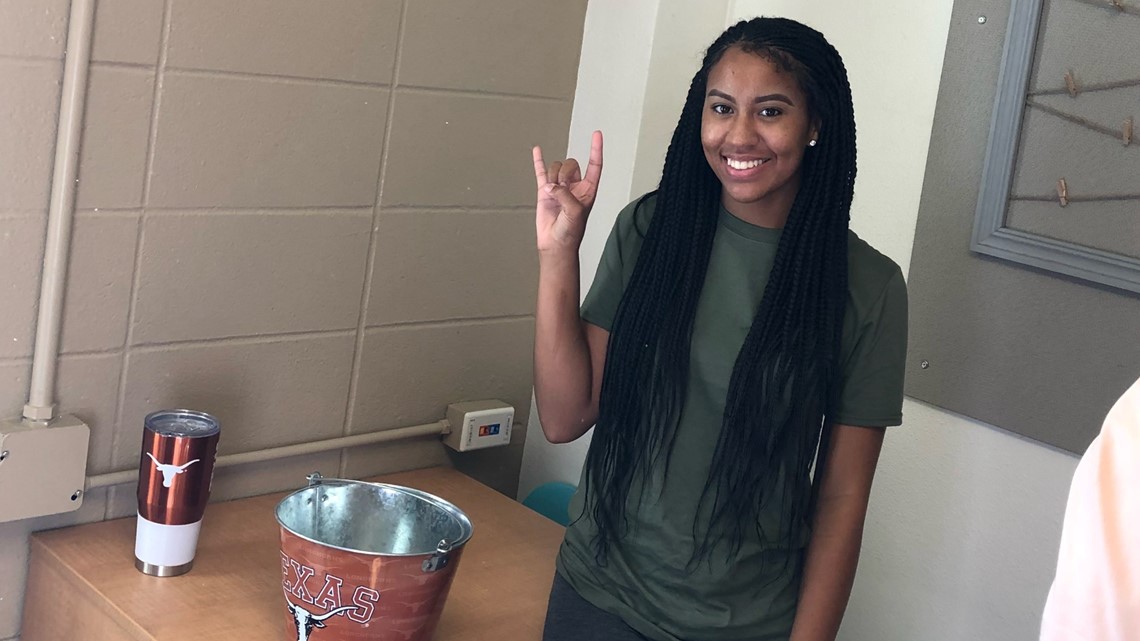 Destiny poses for a picture at UT.

She started a GoFundMe (which has since been closed) to help pay for her first year of tuition.

"I made sure to thank everyone who donated," Brannon said. "I just felt so blessed and overwhelmed."

Things got better, too -- the University of Texas found out about Brannon's story, and per Brannon, the university paid for her books and housing for all of her undergrad years.

"They did NOT have to do that, so I'm very grateful they wanted to help me," Brannon said.

Without housing and books covered, Brannon said the $40,000 she raised covered almost all of her tuition over the last four years.

She admitted that COVID-19 put a damper on some of the fun she was supposed to have at UT, but she said she wouldn't trade the experience for anything in the world.

The 22-year-old majored in Health and Society, and before she walks the stage in May to get her diploma in Austin, she'll start nursing school in Dallas with Baylor.

Brannon said she feels being a nurse is a calling.

"I've always wanted to help people and care for their needs," Brannon said.

Ultimately, she wants to thank everyone who helped make her college career go smoothly.

"I hope that one day I'm able to give back in some large capacity, as everyone gave to me."