Fugitive teen murder suspect arrested in DeSoto, Texas, to be extradited to Texarkana

After receiving credible information that Collins could be found at a residence in DeSoto, Texarkana Texas Police Sgt. Brad Thacker and Detective Cory Motley travelled to DeSoto to coordinate with law enforcement agencies there and request their assistance in serving the warrant, said Shawn Vaughn, spokesman for TTPD.

Due to the violent nature of Collin's charge and recent threatening statements he made on social media about not being arrested, a tactical approach was initiated by the officers. When confronted at the residence, Collins immediately surrendered and was taken into custody without incident. Two firearms were seized inside the residence.

Collins is being held in the Dallas County Juvenile Detention Center. He is expected to be transported to Texarkana in the next several days, Vaughn said.

Local police are relieved that Collins is in custody. 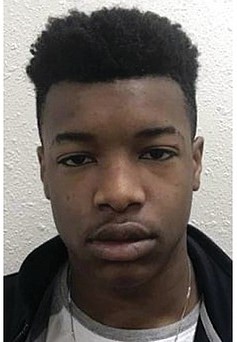 "I'm thankful and relieved that this dangerous young man has now been taken into custody and hope this development provides some sense of closure for the victims' families. I am extremely proud of the exceptional work of our detectives on this case -- particularly Detective Cory Motley. They have been following up on leads on this case non-stop for the last five months, and that effort paid off yesterday," said Chief Kevin Schutte.

"I also want to thank the DeSoto Police Department, Texas Department of Public Safety, and the SRT Team from the Southwest Regional Response Group for their invaluable assistance yesterday."

A second man was arrested at the DeSoto residence for a warrant unrelated to Collins' capital murder warrant.

Collins is accused in the December 2021 shootings at the Oaks at Rosehill apartments on West 13th Street that killed two other teens and seriously injured another. Collins was 16 at the time of the crime.

Locating Collins has been a priority for investigators. Texarkana Area Crime Stoppers has been offering up to $1,000 for information that leads to Collins' arrest.

A district court order had authorized the release of Collins' identity despite his being 16 at the time of the killings. The court order was issued to help police share information with the public in hopes of finding Collins.