DeSoto, TX - An investigation by the DeSoto Fire Marshall and the DeSoto Police Department has determined that the July 3rd grass fire that required the assistance of fire and police departments from several nearby cities, as well as the US Forestry Service,

was accidentally started by two unsupervised minors shooting off fireworks from behind one of the boy’s home on Keswick Drive.

After the fire started, one of the minors called 9-1-1 to report the fire and his involvement in causing it. That tape combined with physical evidence showing the fire’s origin point behind the home allowed investigators to confirm who started the fire that burned 192 acres of open grasslands.

Fire Marshall Brandon Freeman issued two citations to the minor’s parent at 813 Keswick Drive. One citation was issued for illegal firework use and another for possession of fireworks, which are illegal in DeSoto. Each individual citation carries a fine up to $2,000. The City of DeSoto is considering filing claims to recover costs associated with the fire.

The City of DeSoto would like to thank the Cities of Duncanville, Cedar Hill, Lancaster, Dallas, and Ovilla for their assistance in responding to contain the July 3rd fire. The City also thanks the Flower Mound Fire Department for bulldozer services and the US Forestry Service for conducting a flyby to assess the fire’s status. The City also recognizes the work of several area residents who alerted neighbors to the fire and helped keep the fire at bay with buckets and hoses.

One injury was reported from the grass fire to a responding firefighter who was transported to a nearby hospital for treatment of heat-related issues. 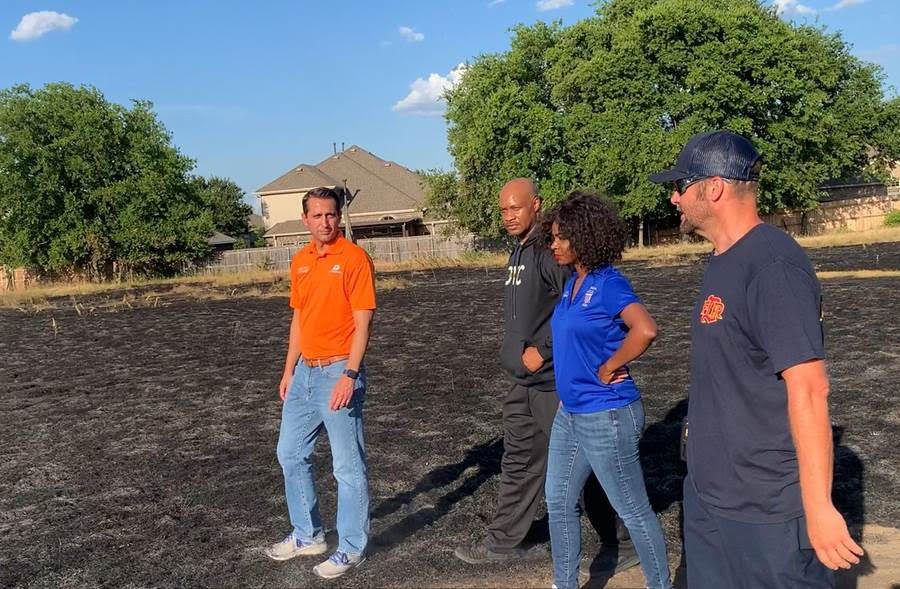