DeSoto, TX - Police in DeSoto have identified the person who they believe killed an 81-year-old man earlier this month. Milton Davis III was arrested at a bus station after

tips from the public helped authorities solve the case. Robbery is believed to have been the motive. 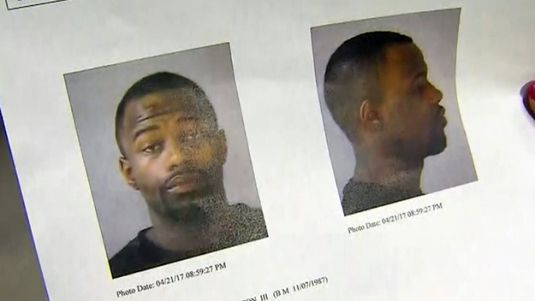 T.G. Grady was shot and killed just a few feet away from his front door.

Police released a portion of surveillance video from a neighbor’s security camera. The video shows the suspect shooting Grady. The man’s wife of 43 years found her husband sitting dead inside of his truck. She said that Grady was a retired airline worker who now helped move furniture to make some extra cash.

Grady had just come home from a job and was parked outside of his house when he was attacked. His wife said that he always tried to help out other people, and could not imagine why someone would want to hurt him.

Investigators are still trying to locate the weapon that the 29-year-old suspect is believed to have used during the shooting.