The note was sent to the University Interscholastic League in December, as DeSoto was making a run to its first state football title. Peterman said that he took "a 10-second call" from the UIL in January and that was the end of it. 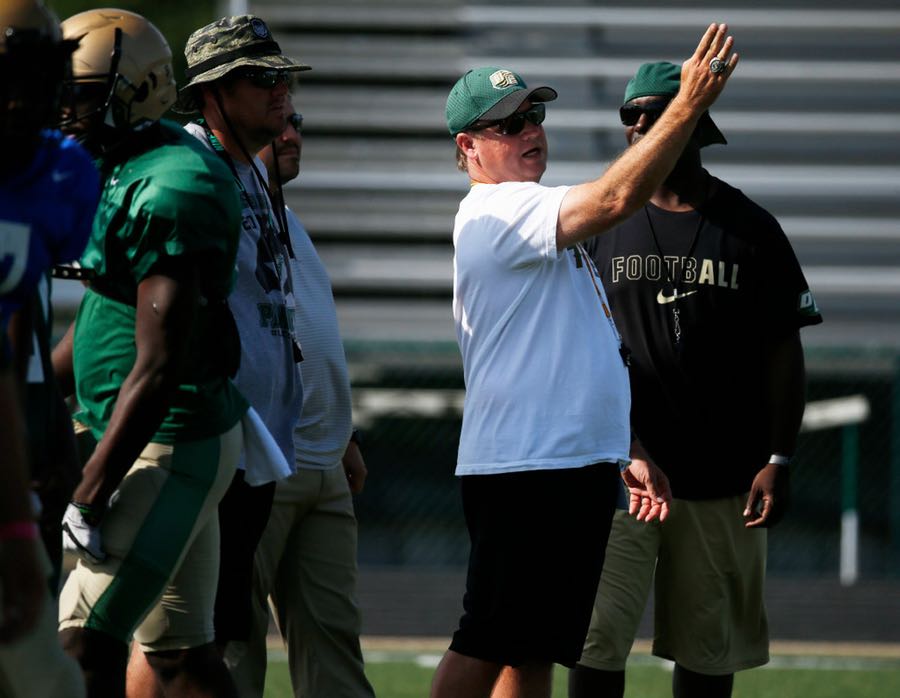 UIL spokesman Kate Hector said Saturday that the UIL forwarded the note to the DeSoto ISD and that was the end of the UIL's involvement. Peterman said he hadn't heard anything more about the note until a WFAA report cited it Friday. According to the report, the handwritten note alleged "recruiting, changing of players grades and Peterman allowing players he's trying to recruit to stay at his house."

Peterman strongly denied all accusations Saturday and emphasized multiple times that the note was "comical." It's unknown how seriously the DeSoto ISD took the allegations, but it has had more than four months to investigate, and Peterman said he hasn't been asked about it.

The UIL has also not been contacted about it since it forwarded the note to DeSoto. The UIL's investigation process stipulates that the school investigate on its own first. The UIL then examines any evidence to determine penalties or whether it should investigate further.

Whether to renew Peterman's contract is expected to be on the agenda for the next meeting of the DeSoto ISD trustees on May 8. At Monday's meeting, the trustees met for three hours in a closed executive session and then decided to take no action on Peterman's status - and those of other teachers and administrators. Before the closed session, community members expressed support for Peterman. About 40 football players also attended the meeting to support the coach.

"Delaying contract action has allowed DeSoto ISD administration the opportunity to address questions and concerns that have come to the district's attention regarding some personnel related matters," DeSoto ISD superintendent David Harris said in a news release Friday. "Since Monday night, administration has engaged in a review of those questions and concerns, and they have been resolved."

Peterman was a DeSoto assistant coach for seven years before taking over as head coach before the 2015 season. His record as head coach is 22-6, including last year's 16-0 season.

The board has provided no information regarding Peterman, and on Friday, board president Carl Sherman Jr. said that he had no comment. Other trustees have not returned phone calls.