DeSoto, TX - When you’ve been around as many political scandals as we have, you know that sometimes the more you keep unraveling the facts, the more disturbing the details of a case.

So is the situation at DeSoto City Hall, still spiraling after a Dallas Morning News investigation this summer found that council member Candice Quarles benefited from thousands of taxpayer dollars her husband admitted stealing when he was a city official.

Now comes disappointing news that a former city manager and another former city leader say that Mayor Curtistene Smith McCowan told them to keep the details of a fraud investigation quiet and blocked efforts for an audit over the past two years. 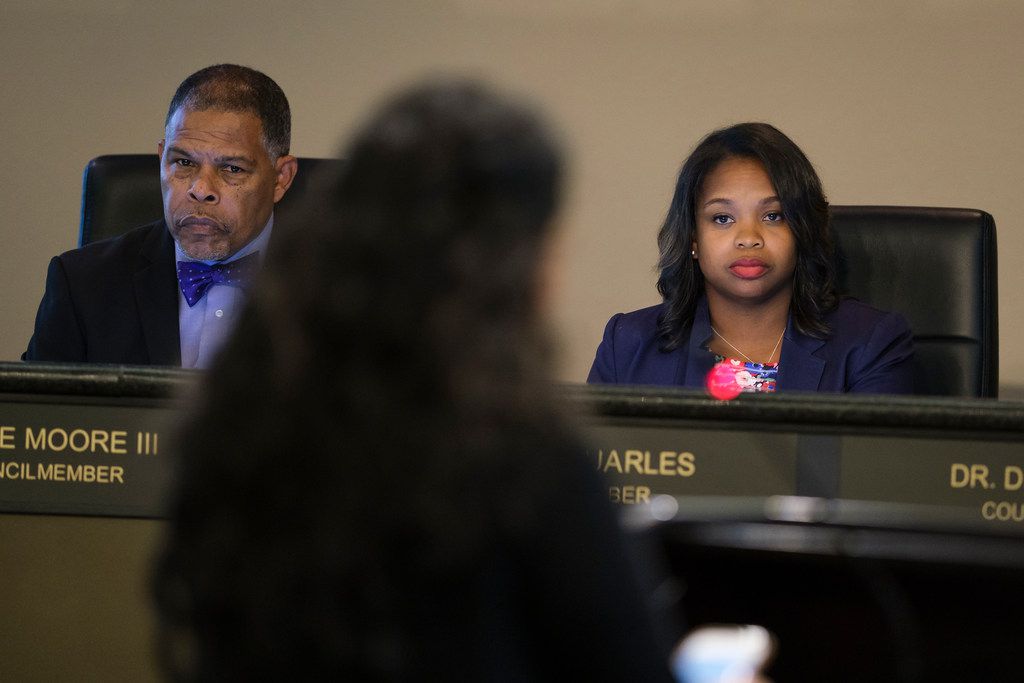 As alarming, the police chief has acknowledged that the initial fraud investigation was flawed and that there are $26,000 in questionable expenses made by Jeremiah Quarles while he was head of the economic development office — nearly three times the amount for which he was prosecuted.

The only reasonable way forward at this point for taxpayers in this suburban town is an aggressive investigation by an outside agency. There are still so many questions about who knew what and exactly how much money was misspent that a full accounting should now be a priority.

For her part, the mayor says she was trying to defend the integrity of what turned out to be a slipshod investigation. But it’s clear to us that it seems at the very least, she was trying to protect her city’s reputation.

We — and DeSoto voters — should expect McCowan to be the one pushing hardest for a transparent process to get to the bottom of this mess.

What we do know is that Candice Quarles benefited from her husband’s theft of at least $9,000 in tax dollars from 2013 to 2016. Half of the stolen funds covered personal memberships for the councilwoman.

DeSoto police and the Dallas DA’s office did little to investigate her, though her husband told detectives she knew about one of the illegal payments that benefited her. Quarles should be forced to answer detailed questions about what she knew about these payments and residents deserve to know whether there were others.

We’re encouraged that residents are asking hard questions. They’ve persuaded city officials to conduct a forensic audit. They’ve understandably lost patience and are now organizing a recall effort against Quarles —  voters knew nothing of the fraud case at the time she was reelected. And some of them are calling for her to resign.

But it’ll be up to the justice system to determine whether any additional crimes were committed in this case. We all lose if evidence shows unscrupulous public officials ripped off taxpayers and they are allowed to get away with it. Public trust demands we know the full truth.