They went to Disney World, and DeSoto taxpayers came along for the ride

DeSoto, TX - At the South by Southwest festival in Austin, Candice Quarles stood in line with her husband, Jeremiah, around the time he pulled out his city of DeSoto credit card to buy barbecue.  At Disney World, she tweeted from the theme park on the same day he charged still more personal meals to taxpayers. 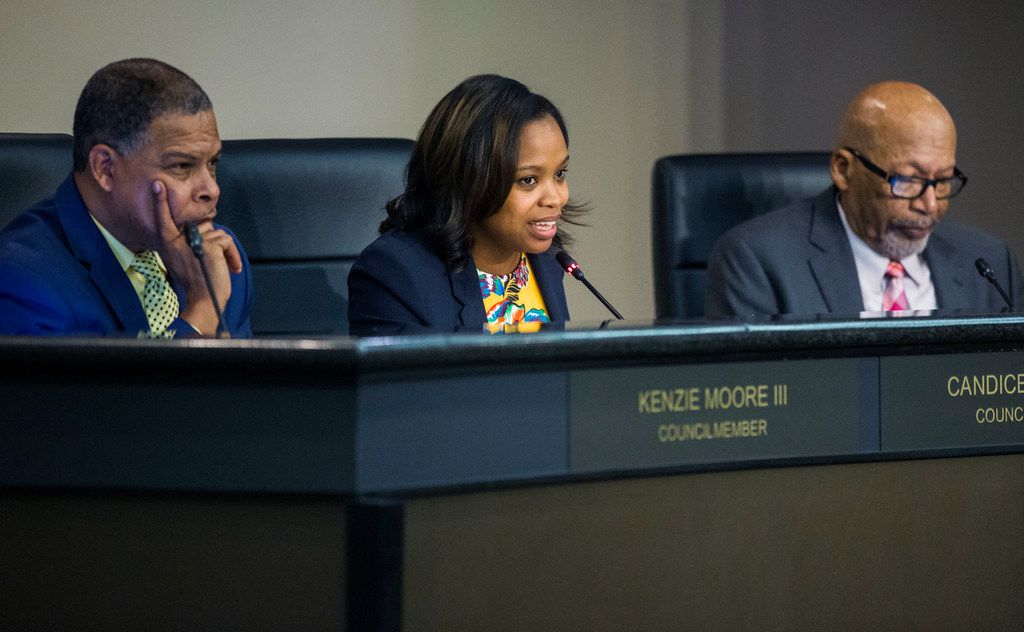 DeSoto City Council member Candice Quarles has refused to step down amid repeated calls for her resignation.(Daniel Carde / Staff Photographer)

The DeSoto councilwoman’s presence on those junkets with her husband, then the city’s chief of economic development, casts further doubt on the story she told police: that she did not know he used the credit card for their benefit, a Dallas Morning News investigation found. 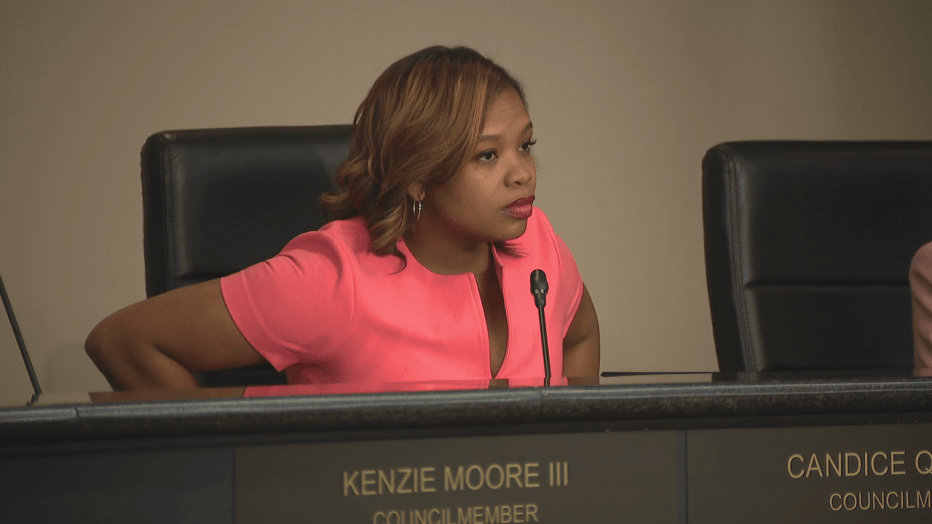 Jeremiah Quarles pleaded guilty this year to illegally charging a separate $9,000 to cover his and his wife’s personal expenses from 2013 until 2016, when he was forced to resign. He told a detective that his wife knew of at least one improper purchase, but authorities failed to investigate her.

The News found that Candice Quarles was at the scene of several suspicious purchases made with the card by analyzing her social media posts and matching them to newly obtained records of her husband’s spending. The documents show that his bosses had identified more than $100,000 in questionable transactions.

“It’s difficult to understand how Candice could not have known he was misusing the card," said Sandy Alexander, a certified fraud examiner in Dallas who reviewed Jeremiah Quarles’ financial records for The News. “The card was clearly used for trips, meals and transportation over the years that she and Jeremiah shared. He used it like it was an appendage."

Candice and Jeremiah Quarles declined to comment for this story.

The News’ findings expose other missed opportunities by DeSoto police and the Dallas County district attorney’s office to examine the councilwoman’s potential role in the fraud. They also highlight the city’s sloppy oversight of Jeremiah Quarles’ spending.

DeSoto residents already have been demanding answers from city leaders who kept Candice Quarles’ ill-gotten gains secret for more than two years and did not launch a forensic audit to dig deeper into what was squandered.

Mayor Curtistene McCowan has said officials kept quiet at the request of the DA’s office to protect a criminal investigation, and because prosecutors held out the possibility of an audit. Other city leaders believed the city had a responsibility to do its own examination.

Since The News revealed the councilwoman’s benefits in July, residents have turned out to at least six public meetings to demand her resignation. She has refused to step down. Amid the public outcry, officials hired a former FBI agent to conduct an audit. It has yet to be released.