DeSoto, TX - A DeSoto woman shot her husband in the chest Sunday night, killing him, police say.  Tamara Lafrance, 40, was arrested on one count of murder in the slaying of 39-year-old Paul Orneliues Wright.

Police were called to the couples home in the 700 block of Peggs Street around 10 p.m. after a neighbor reported the shooting. 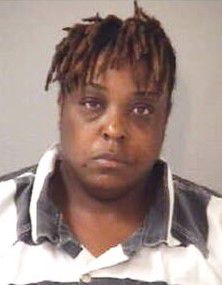 The neighbor told officers that she heard gunshots and then the couple’s four children came to her door for help. Lafrance later showed up on her doorstep and admitted to the shooting, the woman said.

Wright, who was shot in the chest, was alive when officers arrived but died a short time later at a hospital.

Police took Lafrance into custody and recovered a firearm at the home. The children were unharmed.

Authorities are still investigating what led up to the shooting. Officers had been send to the home several times in the past year and a half, police said.

Lafrance was being held in the Dallas County jail Monday evening, with bail set at $200,000.