DeSoto, TX - On Thursday evening, December 5th, Mayor Curtistene S. McCowan met with representatives from DeSoto’s homeowners associations (HOA’s) and other participating residents to discuss issues of importance that were raised by attendees.

The Mayor’s 360° meetings are held four times per year and are well known for their candor and ability to secure meaningful results.

“We call these quarterly meetings the Mayor’s 360° meeting because I use the allotted time to discuss virtually anything and everything that is happening in DeSoto that is of concern to the representatives of our homeowners associations and our residents who attend,” said DeSoto Mayor Curtistene S. McCowan. “The pacing of the meetings is fast and allows us to address many important subjects in a limited amount of time. They are very productive meetings!” 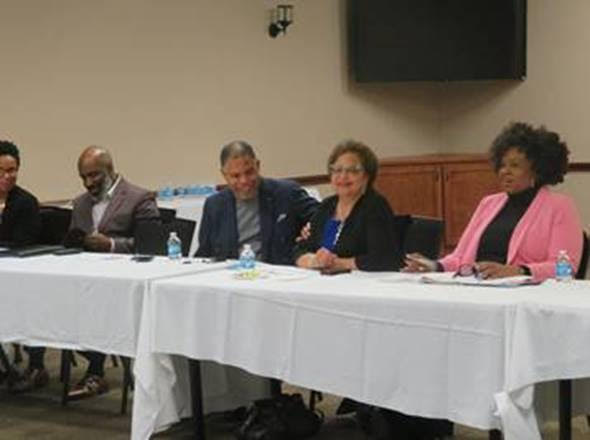 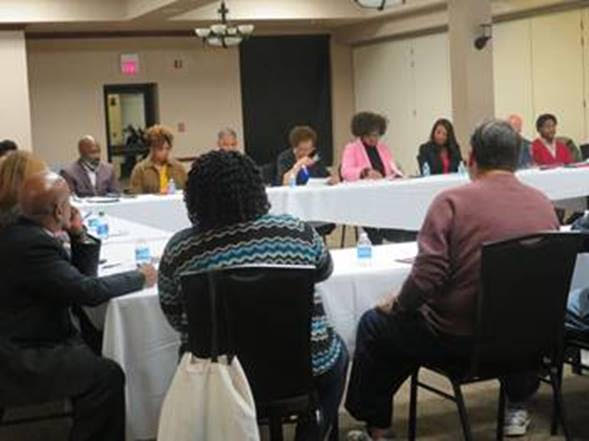 The Mayor’s 360° concept in action

“I’ve been to every last one of these Mayor’s 360°’s and the Mayor’s 360° is important because we’re able to talk with the City leaders, the police, the fire, as well as code compliance to find out everything that is going on in and around the city and to be able to give some input and feedback to some of the things that are going on,” noted longtime attendee Pierette Parker from the Hampton Meadows HOA. Parker said she attends these meetings regularly because it helps her feel connected to the City, “I feel like you are able to bring up things that you wouldn’t normally bring up in a big forum. It’s almost like private conversations become citywide conversations. “ 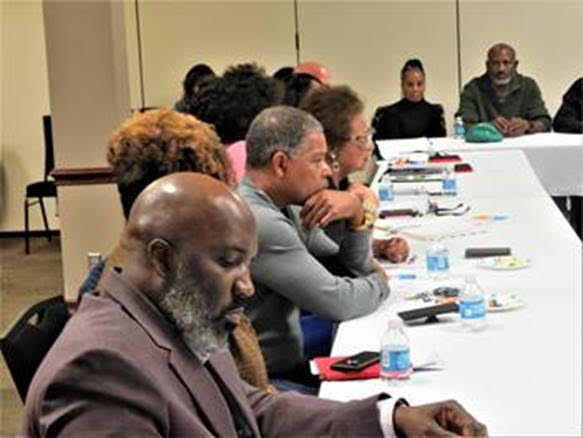 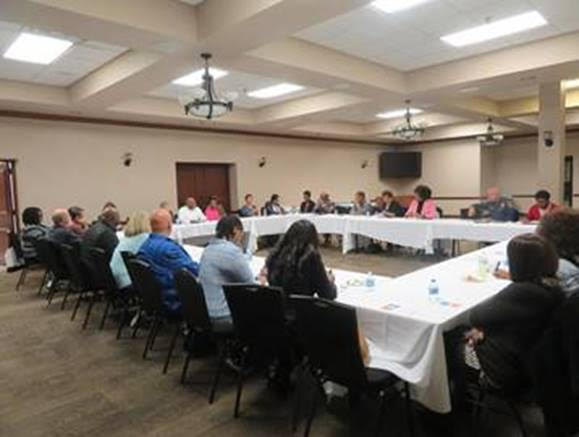 Even our room set-up encourages 360° communications!