DeSoto, TX - Residents in DeSoto got a closer look at how their money was mishandled by the former CEO of the city's economic development corporation.

Monday night, auditors presented what they found when they looked into how Jeremiah Quarles spent the taxpayer funds he was convicted of stealing.

His wife, Candice Quarles, still sits on the DeSoto City Council. But the meeting was not about the current status of Candice Quarles, and very little was said about her during Monday’s audit review. 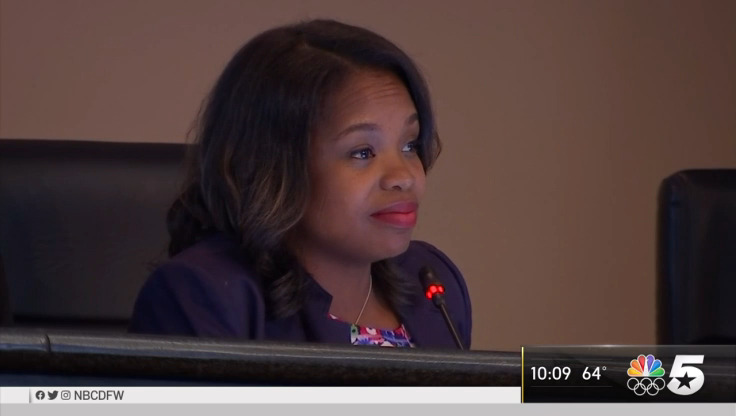 Residents who attended the meeting said they were dissatisfied and that the audit barely scratched the surface of what they wanted to know. Many of them said they believe there were other people, including Candace Quarles, who should have been included in the audit. Some even questioned whether all of the electronic evidence was collected.

The DeSoto Economic Development Corporation held the public meeting to go over the results of the audit, which is the result of tax funds stolen by Jermiah Quarles. Auditors went over what he spent city money on, what was on computer hard drives and what actions have been taken since then.

They also went through his credit card transactions and travel he took that wasn't authorized.

But during public comment and questions, residents said the investigation wasn’t thorough enough.

Curt Krohn, the new president of the economic development corporation responded to the criticism. 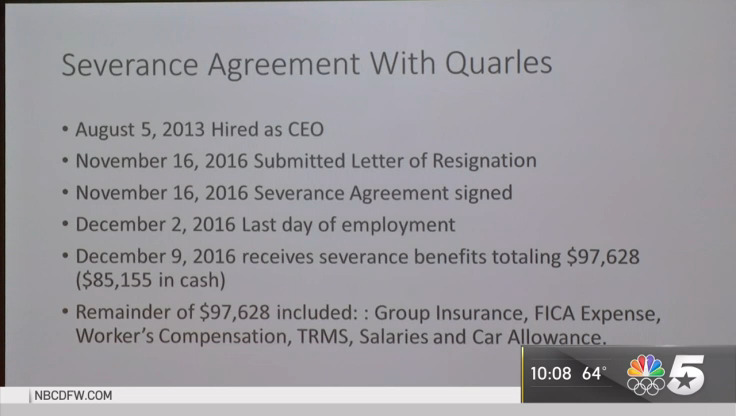 “We gave our audit team unprecedented access to all of the emails we possessed. All of our records. All of the receipts. I don’t think we could do much more," he said. "I do think some of their concern is tied up with the city council. But the EDC does not have any input or control as far as the city council is concerned."

Krohn said Candice Quarles was only a part of the EDC investigation to the extent that it concerned her husband, Jeremiah. There has been an outcry for Candice Quarles to step down, with many saying she benefited from the stolen funds. But she has refused, saying she has done nothing wrong and passed a polygraph test.

Residents also said they wanted the city to recover additional funds that Jeremiah Quarles used, which the audit claims were not authorized.

Krohn said that was being considered.