The exact dollar figure being sought at this time, $104,528.36, came from calculations that were determined during a high profile audit conducted by Nelson Forensic & Advisory Services.

“The DeSoto Economic Development Corporation and its Board of Directors want to do what is right,” said DEDC President Curt Krohn.  “We believe that seeking repayment to make our community whole is the right thing to do.” 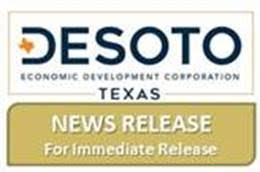 In April of 2019, Jeremiah Quarles pled guilty to misdemeanor theft, received two years probation, and was ordered to pay $9,073.08 in restitution relating to other DEDC funds. The constraints of the criminal legal system and the plea bargain process limited the amount of funds that could be recovered at that time, but it was pointed out at the time that those restrictions would not necessarily apply to a civil effort to recover such funds. This is what the DEDC is pursuing today.

The monies that the DEDC is seeking to be returned at this time are Mr. Quarles’ severance benefits equaling $97,628.36 and a performance bonus of $6,900 received prior to the discovery of wrongdoing.

Nelson Forensic & Advisory Services was hired by the DEDC Board to conduct a thorough analysis and review of the misappropriation of funds by Mr. Quarles.  A report of their findings was shared publicly in January and is the basis for the amount being sought at this time by the Board’s legal counsel.  You can view this report on the DEDC’s website.

The DEDC Board recently completed its separate annual financial audit by Pattillo, Brown & Hill, LLP, which confirmed that recent changes in financial control measures and oversight were successfully implemented at the DEDC. Among other changes, accounting functions and purchasing card approvals are being conducted by the City of DeSoto’s Finance Department.

You can learn more about the DeSoto Economic Development Corporation by visiting www.dedc.org .