Reeves is facing multiple counts of robbery and theft for a spree of crimes committed throughout the Dallas area in the last several months.

Reeves, 26, is a Dallas resident whose last reported crime happened on Thursday, April 23 in Cedar Hill, where police said he assaulted and injured a gas station clerk during a robbery. 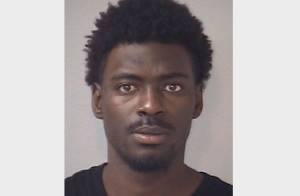