DeSoto, TX - The City of DeSoto’s Veterans Affairs Committee braved the rain and gathered at the DeSoto’s Military Memorial at historic Nance Farm on Memorial Day (Monday) morning at 10am for a Remembrance Ceremony to honor of the brave members of the US Armed Forces who gave their lives to protect us and maintain our freedoms.

The ceremony was streamed live on Facebook and we are providing you with a link to the complete video here: https://www.facebook.com/kathy.m.jones.568/videos/3521846511163438/

You can also locate the video link on our Facebook Page: https://www.facebook.com/desototx/ 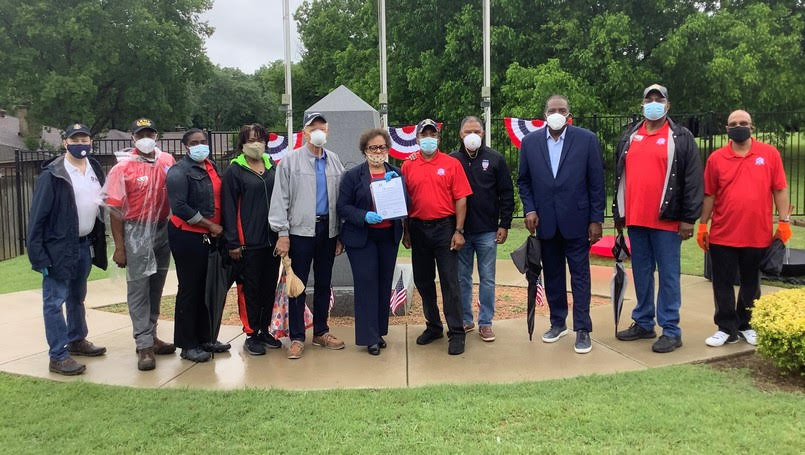 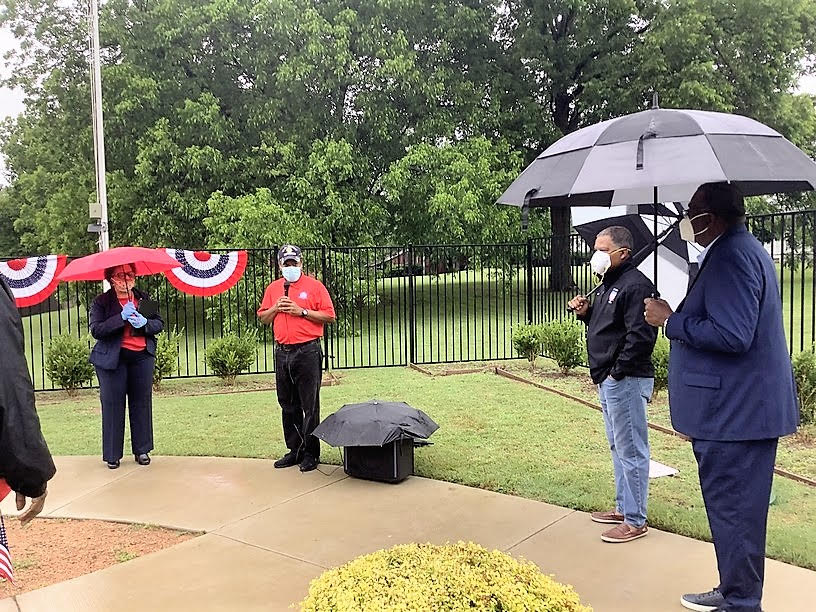 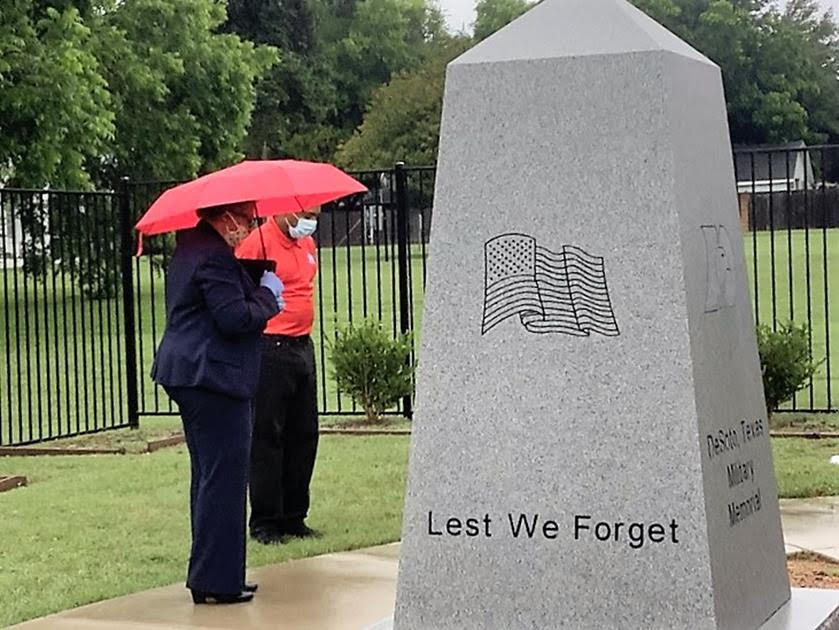 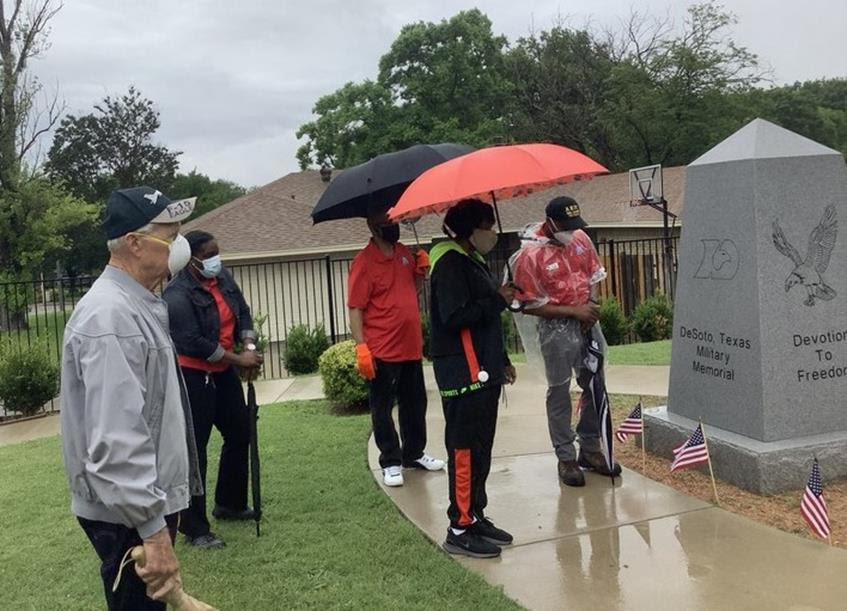