DeSoto, TX - DeSoto Resident Ray Richardson had an idea that came to fruition in a big way on Saturday. Richardson received initial satisfaction from his follow-ups with Cedar Hill Police to address a baseless traffic stop that he recently experienced with a rookie officer while he was driving home to DeSoto from a late-night shift in Grand Prairie.

Richardson felt that the stop was unwarranted and called officials with Cedar Hill Police to ask them to investigate. His explanation and the tapes from the traffic stop thoroughly convinced officials that Richardson was correct. 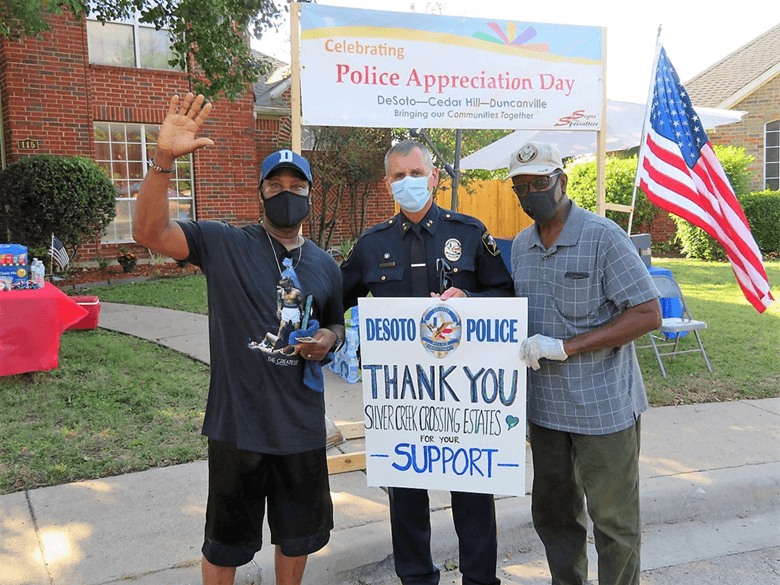 They delivered an in-person, formal apology to Richardson and spent two hours holding a friendly conversation with him on a wide variety of issues. Ray R. was so taken aback by the positive response to the initial incident that he contacted his friend and neighbor, US Army Veteran Will Miller, to discuss how they could continue to build positive momentum. The result was Saturday’s “Police Appreciation Event” which was held from Noon to 7 PM on the front lawns of Richardson, Miller, and several other neighbors in DeSoto’s Silver Creek Crossing Estates. 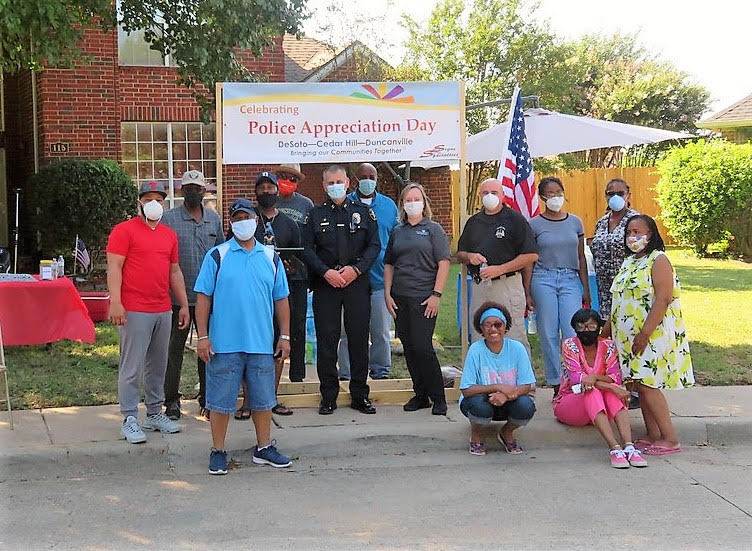 Said Richardson, “I’m really thankful for the response that we were able to get and we want to definitely pay it forward. We want to challenge other communities, other counties, other cities, and other states, and we’re going to challenge them because there’s always another side to every coin. We want to show that side that is opposite to what we see in the news all of the time, so we are going to do something positive by doing something like this today!”

Event organizer Ray Richardson in deep discussion with DeSoto Police Chief Joe Costa. The more they spoke, the more they realized that they had in common.

Richardson and Miller’s event saw a steady stream of visits from appreciative police officers from his native DeSoto and the neighboring city of Cedar Hill. He also invited higher-ranking officers and elected officials. DeSoto Police Chief Joseph Costa spent several hours at the gathering, Texas State Representative Carl Sherman Sr. was there early on. And DeSoto’s Mayor and nearby neighbor Curtistene S. McCowan spent a couple of hours of her Saturday on-site. The Mayor was inspired by the bridge-building  and dialogue that the event generated and commented: “We are not perfect by any means but we put forth an amazing effort to ensure that we are listening and that we are exchanging ideas and communicating.”

Please watch the CBSdfw news video of the Event.