Confusion and controversy have been swirling since Weaver's sudden resignation days before the start of the new semester.

Parents like Pope are filled with question after Weaver resigned last Sunday. But Weaver told The Dallas Morning News, he never signed the paperwork.

The district appointed Don Hooper as acting superintendent, but soon after demonstrators called for him to be fired after what posts some considered racist surfaced on his Facebook. 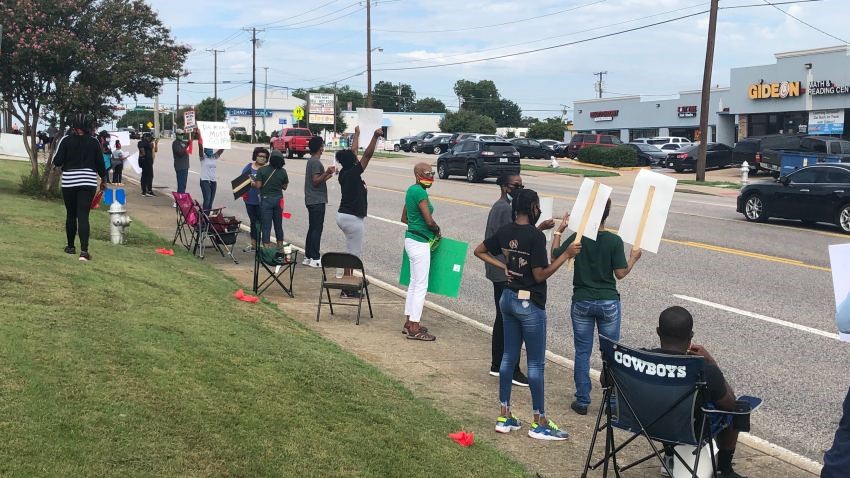 Dozens of community members lined the streets outside the DeSoto Administration Building on Saturday and shouted their support for D’Andre Weaver.

Hooper has since apologized and removed the posts.

Weaver was brought to DeSoto ISD after the last superintendent was fired for mismanagement.

A Texas Education Agency report found $21 million was misspent on everything from contracts to travel between 2012 and 2018 when the district was headed by Weaver's predecessor.

On Wednesday, the TEA sent a letter to Board President Karen Daniel and Hooper announcing that AJ Crabil had been named conservator to oversee the district.

It’s a lot to take in for 13-year-old Austin Walton who’s going into eighth grade.

He had met Weaver before as a member of his school’s student council at DeSoto West.

“Every time I see him at my school, he hypes me up and gives me good vibes," Austin said . "I love to sit down with him. He has good conversations with the students. I love him. He’s a good superintendent."

A special called board meeting has been scheduled for 6 p.m. Sunday to discuss the superintendent position.