Two Arrested in Connection to Police Chase From DeSoto to Dallas

DeSoto, TX - Two individuals have been apprehended and a stolen truck has been returned to its owner after a police chase from DeSoto to Dallas on Thursday, police say.

According to the DeSoto Police Department, an officer witnessed a red Chevrolet Silverado run a stop sign near Honor Drive and Hanna Avenue on Thursday at approximately 11:05 p.m.

Police said the officer attempted to stop the vehicle, but it fled at a high rate of speed.

Police said an officer attempted to stop the vehicle, but it fled at a high rate of speed toward Dallas

Officers pursued the vehicle into Dallas with the help of Dallas Air One and the Cedar Hill Police Department, police said. 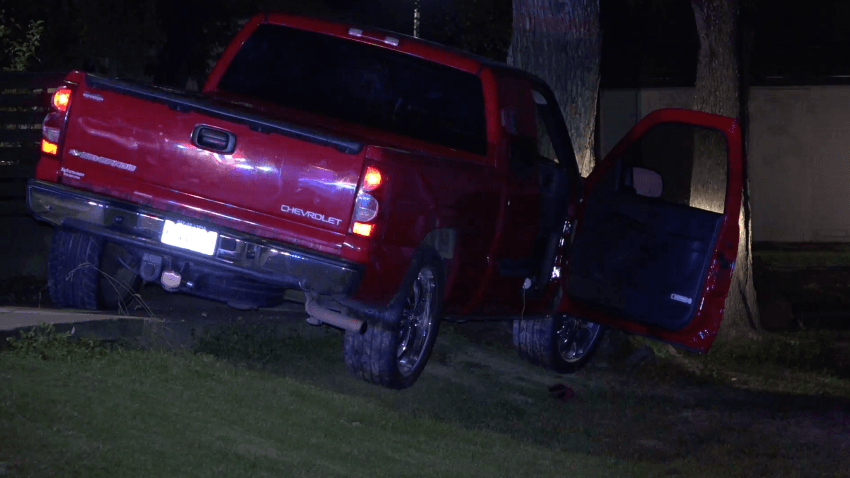 According to police, the truck stopped at a dead end near 2824 Groveview Drive in Dallas, and two occupants fled from the truck on foot.

Police said officers pursued the occupants on foot and apprehended them after searching the area.

According to police, both occupants were teenagers.

Neither the officers nor the teenagers were injured during the incident, and the owner of the truck came by and retrieved his vehicle, police said.