DeSoto, TX - DeSoto Mayor Curtistene McCowan has been diagnosed with lung cancer, she said during a council meeting that was held via Zoom on Tuesday.  “Those who know me are aware that I am a fighter.

If there is a cause that I believe is worth fighting for, I’m on it,” she said. “And those of you who know me are also aware that I have an unusual amount of energy, so when I get tired or don’t put in the time and energy that I normally do on an issue, something’s up.

“Well, something is up.”

Curtistene McCowan said there will be days ‘that will seem normal, days where I will need to lay low, and days that fall somewhere in between.’

McCowan said a week earlier, she contacted her physician after experiencing trouble with her breathing. The initial diagnosis was pneumonia, and she was sent home after spending two days at the hospital.

When her condition did not improve, doctors ran additional tests and discovered cancer. 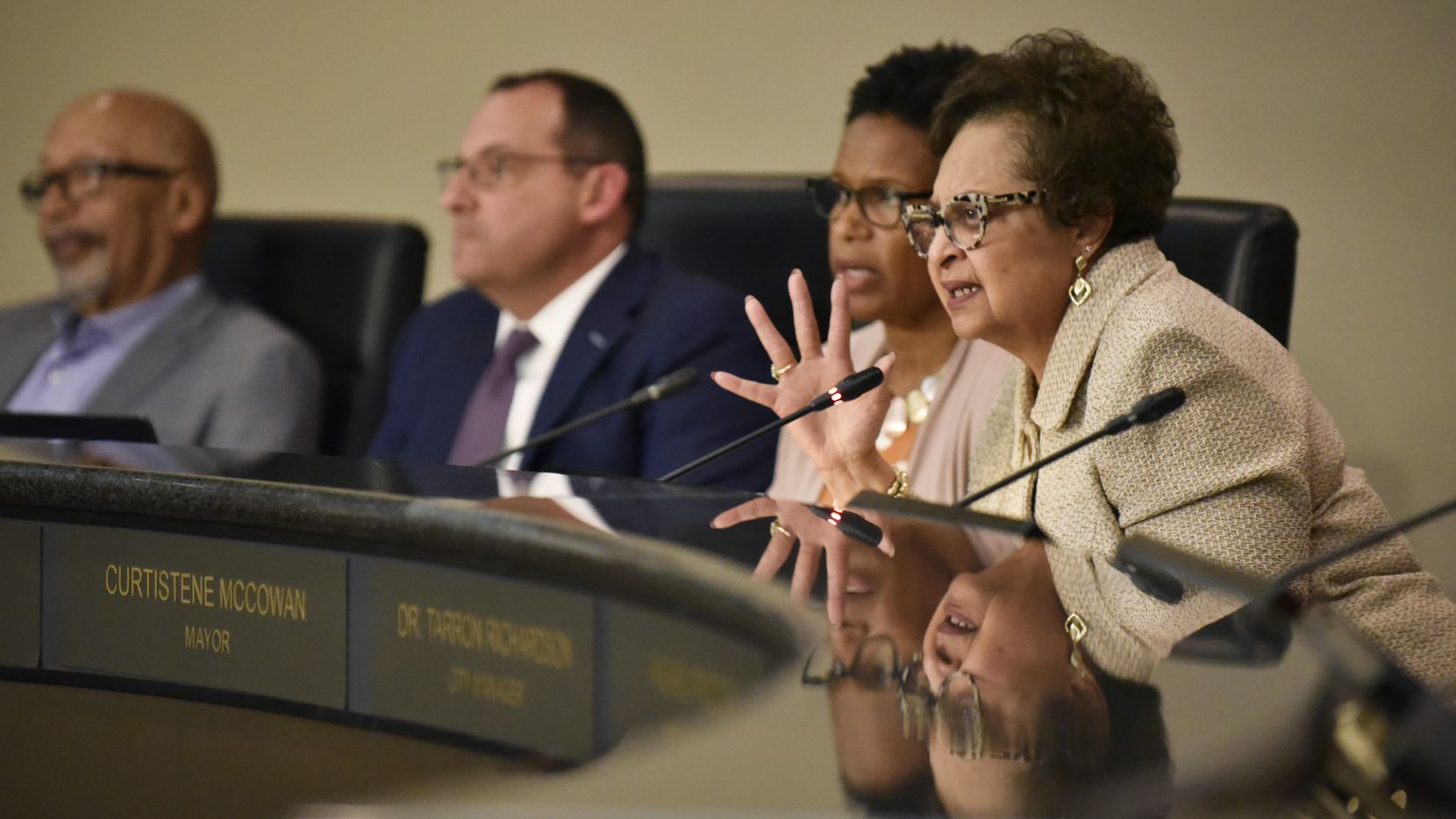 DeSoto Mayor Curtistene Smith McCowan, shown during a 2019 council meeting, announced that she is being treated for lung cancer.(Ben Torres / Special Contributor)

“I immediately met with my doctors and later with their oncologists, and we all agreed on a course of action that will attack the illness while allowing me to fight it and maintain a semi-normal routine,” McCowan said. “That’s important to me. There will be days that will seem normal, days where I will need to lay low, and days that fall somewhere in between.”

Because of the diagnosis, McCowan said DeSoto residents might not see her as much, but she said she will minimize that to the best of her ability.

“I’ve always said that when we work together, there’s nothing that we can’t accomplish," McCowan said. “But I will add that when we pray together, we can move a mountain. With your help, and God’s, we can do this.”

Council members echoed one another in their support for the mayor and their prayers for her health and recovery.

“We want you to know that our hands are stretched to you, but more so we’re stretching up to God,” council member Dinah Marks said. “We thank you for your tenacity and for your leadership.”

McCowan was reelected as mayor in 2019 after starting her first term in 2016, according to her biography on the city’s website. She served on the DeSoto Economic Development Corporation board of directors and on the board of regents for Texas Southern University.