DeSoto, TX - On Saturday, December 5th, DeSoto LaQuinta Inn Front Desk Supervisor Davion Dawson was multitasking as usual. He was assisting customers at the front desk while simultaneously talking to his hotel’s general manager on the phone.

Then he heard a commotion from around the corner and people yelling that a kid had just drown in the hotel’s hot tub. He stopped, threw down the phone, and went on to perform heroics that even left DeSoto’s first responders in awe. On December 15th representatives from DeSoto Fire Rescue and Police departments joined officials from LaQuinta and the Wyndham Hotel Group to honor Dawson for bringing the drowned Dallas toddler back to life.

“I just hung up and said just give the child to me and let me perform CPR on him. I started performing CPR on him. The child, he wasn’t breathing. He wasn’t responding. But then when I started performing CPR, that’s when he started responding to me,” said Davion Dawson who had previously used CPR to save a fallen guest several years ago. Davion recalled that he couldn’t believe it was happening again and that throughout the entire process he kept thinking about one thing: “Please don’t let this child die. Please DO NOT let this child die! You have your whole life ahead of you. I know there’s a lot going on with COVID and stuff, but I was willing to risk catching COVID to save this child’s life.”

DeSoto Fire Rescue EMS Division Chief Bryan Whitacre was at Tuesday’s gathering and told Dawson that without question his intervention prevented a tragedy, “Speaking with my medics and reading the reports there is no doubt if you hadn’t started the bi standard CPR that child would not have made it. They were in ICU. The child is now out of ICU and is supposed to be released from the hospital this week!”  Whitacre continued “Everything I’ve heard so far, it sounds like everything is going to be good, and he’s going to be out for Christmas and everybody is going to be happy.”

Dawson’s boss, DeSoto LaQuinta Inn General Manager Jill Jones, spoke of her employee with a deep respect, “I’m just glad that the baby is safe and that Davion is part of the team. Davion has been working for me for nearly 11 years with La Quinta and he’s a great asset to the company.” And the company apparently agrees! Wyndham Franchise Director Amy Armstrong was on hand to personally thank Davion and present him with a certificate good for 30,000 Wyndham Rewards Points.

In addition to today’s honors, DeSoto’s City Management and Elected Officials will plan a more formal recognition of Davion Dawson’s lifesaving actions in the future when the immediate threat from the Coronavirus Pandemic has lifted.

Davion Dawson stands tall, even when surrounded by some of DeSoto’s most unflappable first responders. 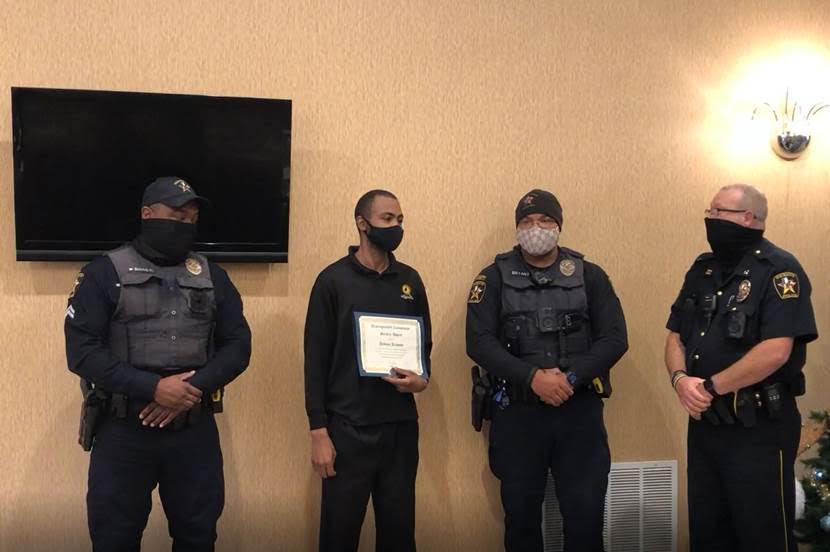 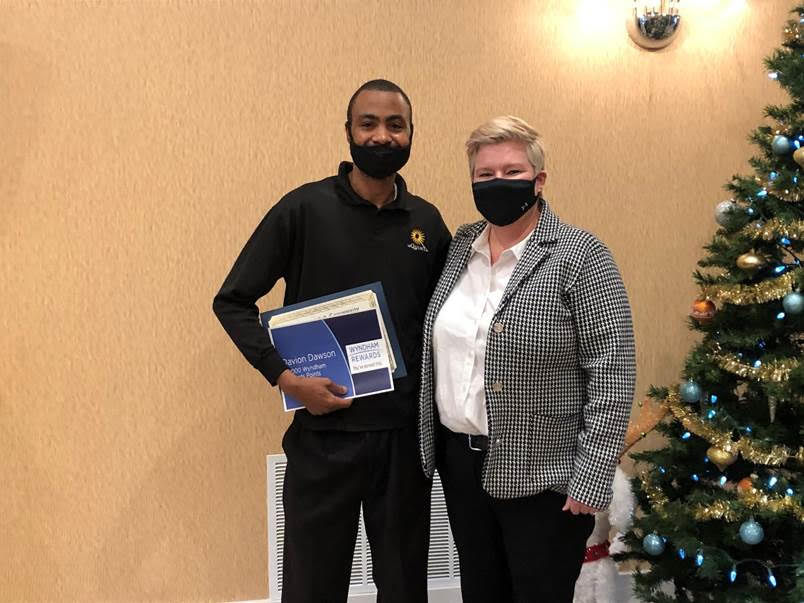 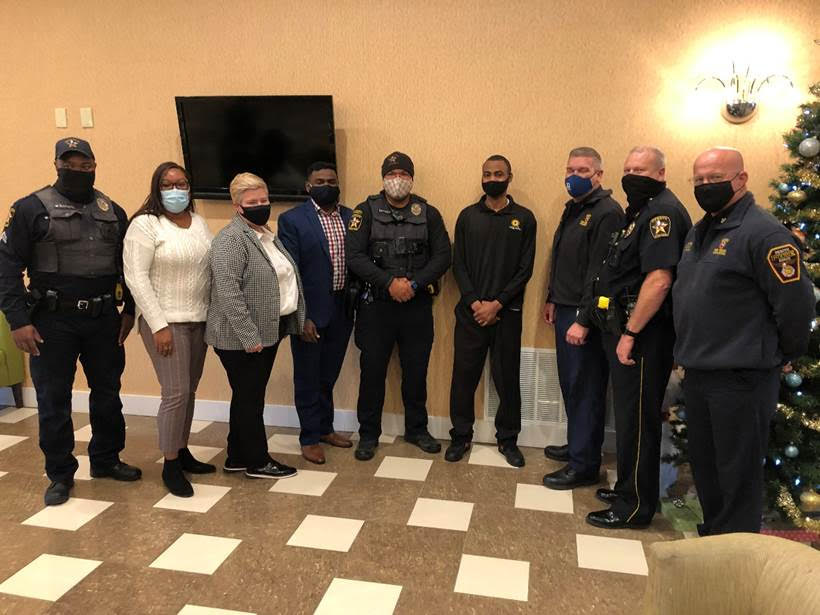