At the time the City of DeSoto helped secure temporary water service and showers for residents and worked with management to try to locate temporary housing for residents displaced from their apartments while repairs were made.

The City estimated then that emergency housing would cost close to $40,000 and were able to offset those costs with a $25,000 grant from former Congressman Beto O’Rourke’s “Powered By People” organization.

Today, June 8, 2021, former Congressman Beto O’Rourke joined DeSoto Mayor Rachel Proctor, members of the DeSoto Council, and several City officials at the apartments to visit with several residents who had been impacted and to find out how things were going. 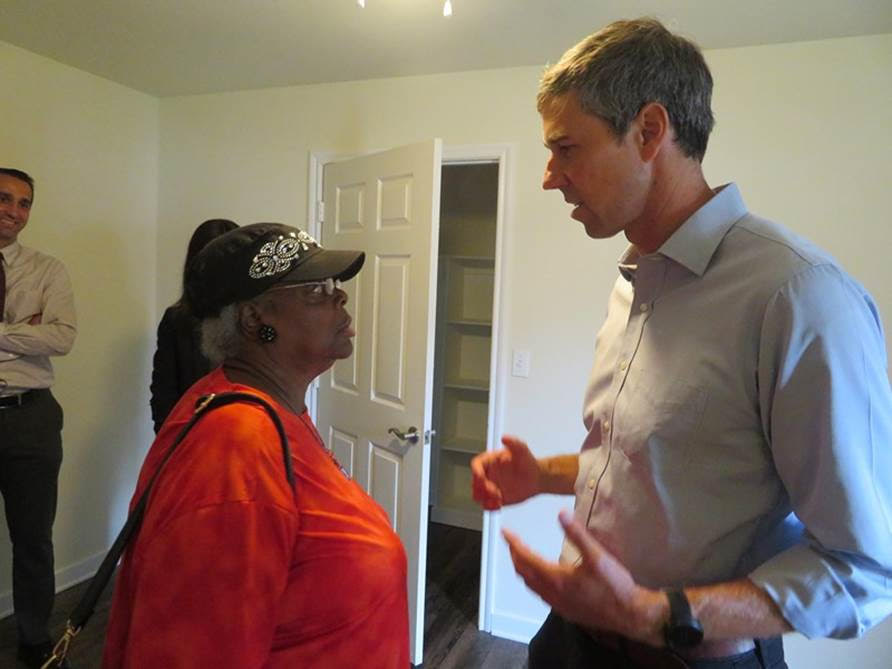 One Resident walked up to the former Congressman and began an animated conversation by simply stating “Hi, Beto!”