DESOTO, Texas - A North Texas family is now broken after a father was killed, a mother was wounded, and a son was traumatized.  The person who police say is responsible was recently sentenced to community supervision instead of jail-time for other crimes.

"Pretty much, three months after we started dating he asked me to marry him," she recalled.

He was committed to Heather and her son, Noah.

"That was his son…he was stepdad but he never treated him any different," she said. "Scott would love to take us out to the park and spoil him rotten."

The couple was dropping the 5-year-old off at this farm in DeSoto on May 15 where Noah’s biological father works. He visits his dad every couple of weeks. 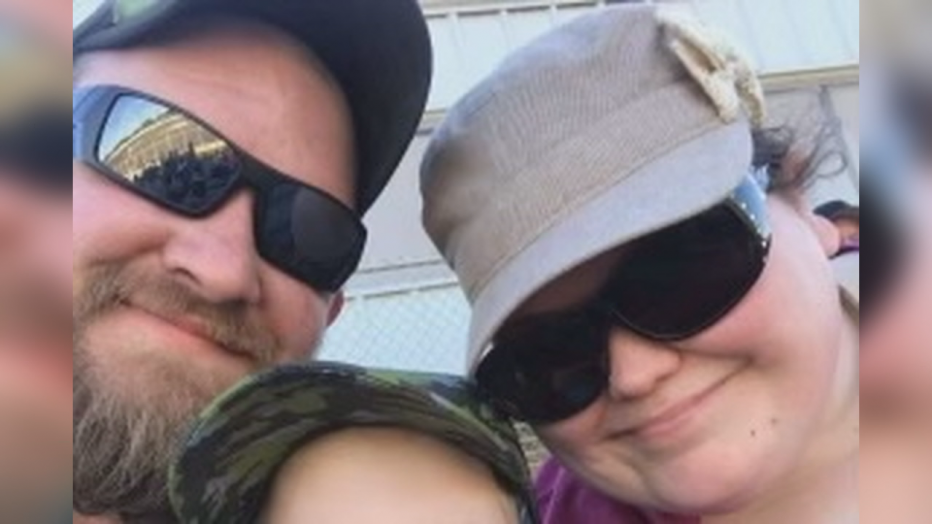 Noah’s father, however, was running late, so the family parked outside the gate, but that’s when their lives changed forever.

"I have good days and bad days," Heather said. "He didn’t even ask for anything. He just started shooting."

DeSoto police investigators believe 19-year-old Evan McMaryion wanted to carjack the family’s vehicle, but for some reason, he started shooting. The sound of gunshots was captured by a neighbor’s camera system.

"I didn’t even realize what was happening until about halfway through," Heather said.

Heather was hit in the arm while sitting in the front passenger seat.

"As soon as my arm got shot, I kind of snapped out of it and called 911," she recalled. "When the gunshot hit my arm, my arm hit the door and I knew what happened but I was trying not to focus on it because Noah was still in danger and I kind of ignored it."

Her main concern was keeping her son safe.

"I told Noah to duck down behind my seat," she said. "Scott was unresponsive for the whole thing."

Heather pulled Noah out. She sent him for help once she realized no one was near.

"The gate was cracked open just enough to where Noah could possibly squeeze through," she said. "Noah ran all the way up to that door, and by the time they came out to check on that situation, the police had arrived."

Though it was too late for Scott. He died from the shooting.

"We would’ve given him anything if he had just asked, and Scott, fundamentally, was the guy who’d give you the shirt off his back if you needed it. There was no reason to just open fire like that," Heather said.

He’s accused of stealing multiple vehicles. In fact, he just pled guilty in March to charges related to stealing a car.

He was facing up to two years in jail, but instead, the Dallas County District Attorney’s Office and judge signed off on three years of deferred community supervision and a $1,000 fine.

Months later, a family is torn apart and McMaryion is facing a capital murder charge.

"Does he not have people in his life to not guide him?" Heather asked.

McMaryion was a high school football wide receiver for Midland Lee. He graduated in 2020, but later moved to North Texas.

FOX 4 went to the home he stays with family at in DeSoto, which is two streets away from the scene of the crime. No one answered the door.

"It was random, like, we were both on our phones," Heather recalled. "I would’ve given him anything. We would’ve, no problem, gotten out of the car."

The 29-year old mother is scarred, both physically and emotionally.

She’s concerned about her child...

"He saw it all happen," she said. "He already told me that he was sorry that daddy Scott had died."

While reflecting on Scott, who she believes was the perfect father figure and her true love, she said he didn’t deserve his ending.

"I do believe that everything happens for a reason, that God has a plan, but I’m just not to that stage," she added.