DeSoto, TX - The Winter Storm that hit our region back in February made life miserable for DeSoto and all of our neighbors. DFW area roads became treacherous or impassible, homes lost power due to storm damage or extreme precautionary outages, temperatures plummeted in residences, and uninsulated pipes in many structures froze or burst, causing extended water outages or water damage.

DeSoto’s Municipal Employees were subject to the same hardships that our residents experienced, but that didn’t stop many of them from making it into work and doing whatever was needed to provide relief and make things as safe as possible. Some stayed away from home for several days but felt that was necessary to keep residents safe until the crisis had passed. 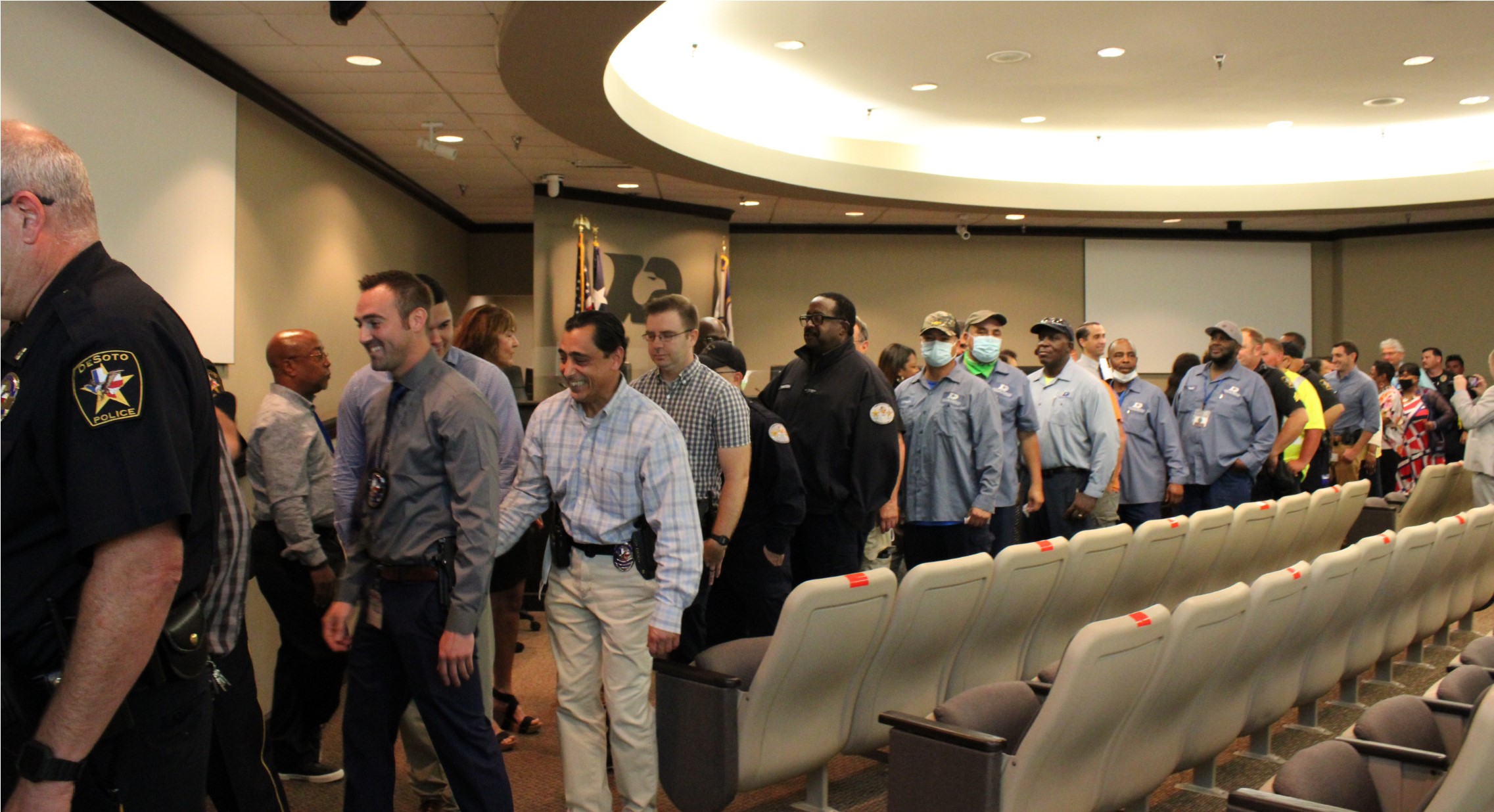 While we could never fully repay them for going above and beyond at a time when it was desperately needed, DeSoto City Management and DeSoto’s Mayor and City Council came together in the City Council Chambers on June 16th to recognize the workers who were identified by their supervisors as being the best of the best when times were at their worst.

Each honored worker was given a handshake and heartfelt thanks from Mayor Rachel Proctor, her colleagues on the DeSoto City Council, and City Manager Brandon Wright and his senior management team. They also handed a small gift card to say thanks and a steaming plate of delicious BBQ from Big Daddy’s for a job well done!