DeSoto, TX - Dr. Larry Lewis took over DeSoto ISD at the end of 2021 after D'Andre Weaver took a new job.  Lewis is the interim boss, inheriting a district under financial monitoring by the state after mismanagement,

where test scores have struggled and then cellphone videos popped up illustrating fights parents had complained about for years including one where a 73-year-old substitute teacher was hit in the head with a chair. 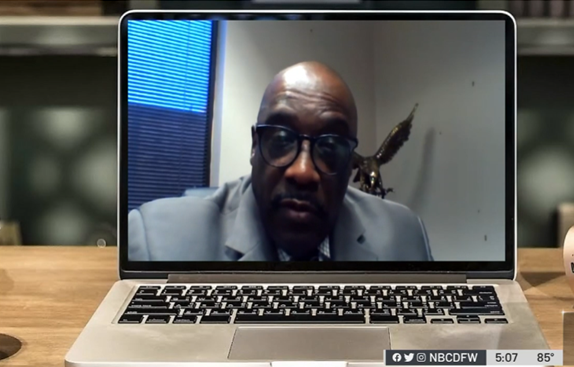 The leader said the student who hit the senior citizen stepped up.

"He took full accountability for his actions and he apologized," said Lewis. "There are some adults who never do that when they have encounters like that."

The district buckled down banning phones on campus and enforcing discipline rules severely despite a small protest from students, but the hardest work will start today.

"We have kids that are significantly behind in literacy, we have kids who are three and four years behind in reading, that's the piece we have to take care of."

Lewis will present a literacy plan to the school board Monday night.

He says too many students show up in kindergarten with little to no exposure to reading, and the pandemic pushed those kids back to almost every grade level.

He's investing in a program to grow literacy from birth with every child in the city getting tools to help and buy in from beyond the school building.

Lewis said the discipline issues are being dealt with, the district made its last loan payment on their financial troubles and now an aggressive academic plan is the logical next step.