DeSoto, TX - DeSoto will start its football season by playing on national television. And by traveling to Nike World Headquarters in Oregon. It was announced Thursday that DeSoto will play St. Augustine from New Orleans in the Nike Kickoff Classic at 6 p.m. Aug. 26 in Beaverton, Ore.

The NFL is partnering with Nike to put on the event, and it will be televised on the NFL Network.

DeSoto will play St. Augustine from New Orleans in the Nike Kickoff Classic.

“We’re a Nike school. It was a chance for our kids to go play another high-powered team across the country,” DeSoto coach Claude Mathis. “It’s going to be a national game. We’re fired up about it. I think it gives our kids an opportunity to be seen across the country. More importantly, it lets people know about DeSoto.”

Coming off an 11-3 season and appearance in the Class 6A Division I Region II final, DeSoto returns six players who are ranked among the top 100 recruits in the Dallas area. That group is led by four-star wide receiver Johntay Cook II and four-star running back Tre Wisner, who are both committed to Texas.

St. Augustine was 4-6 last season, but it has a lot of talent. Four-star recruit Tyree Adams is rated the 20th-best offensive tackle in the nation by 247Sports, and three-star defensive lineman Kyran Bourda is ranked as the 21st-best player in Louisiana in the Class of 2023.

“St. Augustine is really, really good. They’ve had some powerful players come through that place in past history and still have probably about five or six DIs on that football team, FBS guys, if not more,” Mathis said.

In Week 2, DeSoto is playing St. Frances Academy from Baltimore — ranked No. 3 in the nation by MaxPreps — on Sept. 3 at Clark Stadium in Fort Worth. That will be followed by a Week 3 home game against defending Class 5A Division II state champion South Oak Cliff. 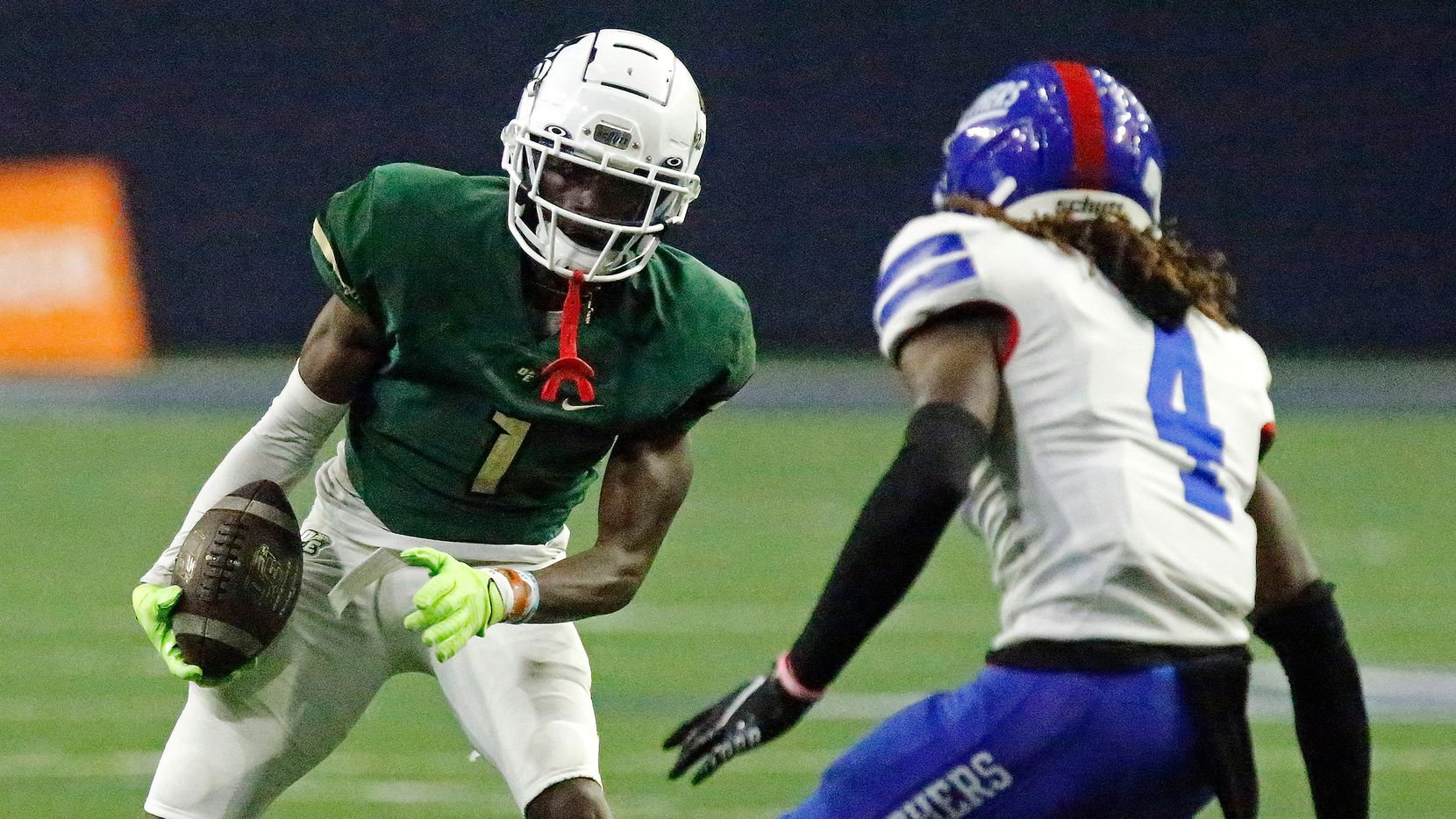