Robinson, a four-star recruit who transferred from Denton Guyer, had been battling junior Courtney Douglas for the starting job. Robinson (6-1, 213) is ranked the fifth-best dual-threat quarterback in the nation in the Class of 2017 by 247Sports.com, and he is the top quarterback in SportsDay's Area Top 100.

DeSoto is ranked No. 14 nationally by USA Today and is No. 6 in The Associated Press preseason Class 6A state rankings. DeSoto is No. 2 in SportsDay's 6A area rankings, behind District 7-6A rival Cedar Hill.

Peterman said on the first day of practice, on Aug. 8, that a starter hadn't been determined after injuries prevented Robinson and Douglas from going head-to-head in the spring.  Robinson threw for 1,474 yards and 11 touchdowns, with eight interceptions for Guyer. He also led the team in rushing with 1,678 yards and 18 touchdowns while averaging 9.1 yards per carry. 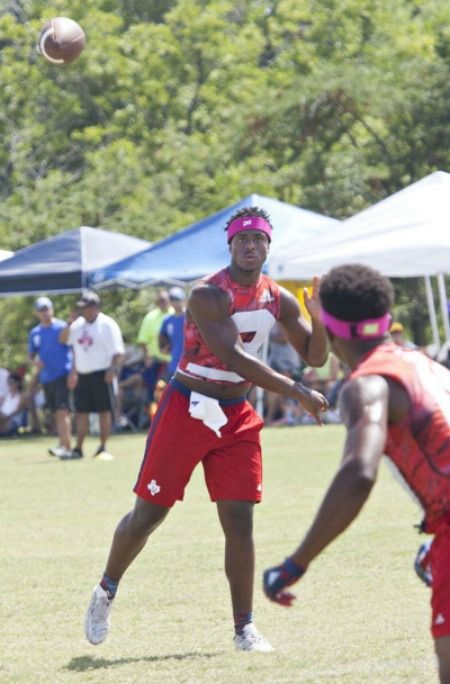