DeSoto, TX - DeSoto ISD, under fire for questionable spending uncovered by the CBS 11 I-Team, is combating criticism by releasing its own docuseries.

Wednesday night, the school district plans to address some of the concerns in a documentary airing in Victory Park in downtown Dallas. 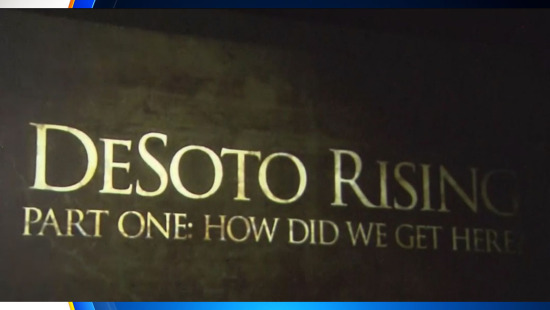 The film is called, “DeSoto Rising.”

Wednesday night’s showing is for DeSoto community leaders, including the mayor and board trustees.

The purpose, district leaders sa,y is to answer the question, “How did the district get here?”

Starting in the 1930s, “DeSoto Rising” traces how socioeconomic diversity became a part of the district’s identity.  The film also aims to address the district’s recent controversies.

In January, the CBS 11 I-Team found questionable spending by current and former administrators including credit card charges spanning everything from luxury hotels to personal items.

Less than a week after the report, DeSoto ISD leaders announced the district may need to close a school to address a budget shortfall, proposing roughly $23 million in cuts.