DeSoto, TX - The DeSoto Independent School District board of trustees voted 4-3 in an emergency meeting Sunday to accept the voluntary resignation of superintendent D'Andre Weaver.

The board voted after a closed session discussion.

This specially-called meeting comes on the heels of a Texas Education Agency audit of DeSoto ISD's finances released earlier this month. The audit found that the district mismanaged its finances and accused the district of fraud, waste and abuse in instances that occurred before 2018 - prior to Weaver's hiring. 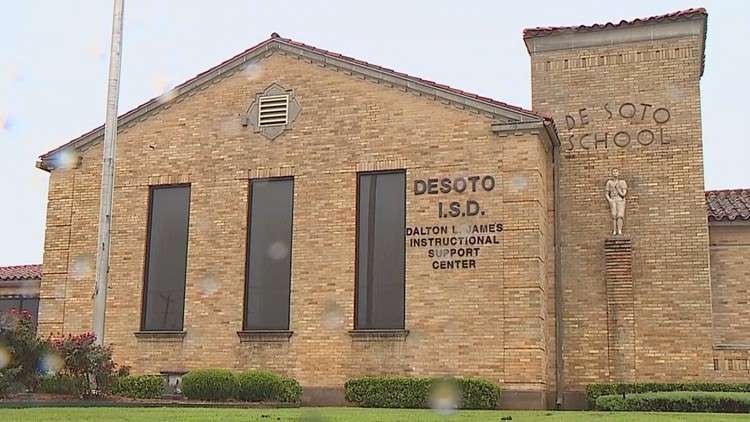 The TEA recommended that the district appoint a conservator to oversee the school board and the district, and reviewed DeSoto ISD's financial decisions on many things, including the 2005 bond and how the district handled proceeds from the 2015 Tax Ratification Election. It also evaluated the district's governance and academic performance, according to an Aug. 16 news release from the district.

DeSoto ISD director of communications Tiffanie Blackmon-Jones said after the meeting Sunday the school board also voted to rescind an earlier decision to name Dr. Don Hooper as the Board-appointed Conservator and instead named him as the district’s acting superintendent effective immediately.

The school board released a statement after the meeting Sunday.

“As a Board, we recognize the concern that today’s actions may cause for our school community. We appreciate Dr. Weaver’s service and leadership and wish him the best in the next chapter of his professional career,” board president Karen Daniel wrote. “While this news may be disconcerting for some in our community, please note that we are deeply focused on supporting teachers and students in DeSoto ISD to a successful start to the school year and a seamless transition as we continue to work to move the district forward.”

On Aug. 19, Weaver released a news statement about the TEA findings, saying that since the period of time the TEA audited, the district's fund balance went from in the red to $7 million; improved its financial rating from an F to a C and improved its accountability rating from a D to a C.

"It’s important to note that many of the financial missteps that led to the findings in the TEA report have been rectified under my leadership," Weaver wrote in the statement. "We are MORE than the sum of every low. And I encourage everyone in our system to turn our anger into action, our disappointments into drive and our hurt into hope. And, together, we will prevail."

Blackmon-Jones said Weaver ended the meeting Sunday by thanking the school board for the opportunity to serve the district, and he wished them well.