DeSoto, TX - An attempt to settle a grievance by a former football coach in DeSoto drove a wedge between the school board and the state official charged with monitoring its work.

Today, trustees will reconsider a roughly $24,000 payment. The stumble over the deal illuminates how DeSoto ISD is still trying to right itself after years of tumult and financial mismanagement.

Last month, the board narrowly approved the payment to Michael Robinson, who served as a DeSoto head football coach for one season before becoming an assistant athletic director.

But A.J. Crabill, the conservator brought in by the Texas Education Agency, admonished the trustees during a recent meeting, insinuating that their decision could be illegal. Crabill was concerned that they had “willfully engaged in a gift of public funds.”

“That is actively moving us in the opposite direction of restoring the integrity of the school system,” he said during the May meeting.

Robinson filed a grievance after his work hours and pay were dramatically reduced. His attorney claims the district breached his contractual agreement, costing the former coach thousands of dollars. Robinson referred questions to his attorney, Tiger Hanner.

Hanner argues that the trustees’ vote to pay Robinson for damages was both legal and justified. He stands ready to take the case to the TEA — and potentially file a suit against the district — if the trustees back down.

“We brought a valid claim against the district, and it’s in the public interest to settle that claim,” Hanner said.

The grievance was discussed in closed session. District officials declined to provide a copy of the audio recording from the hearing. 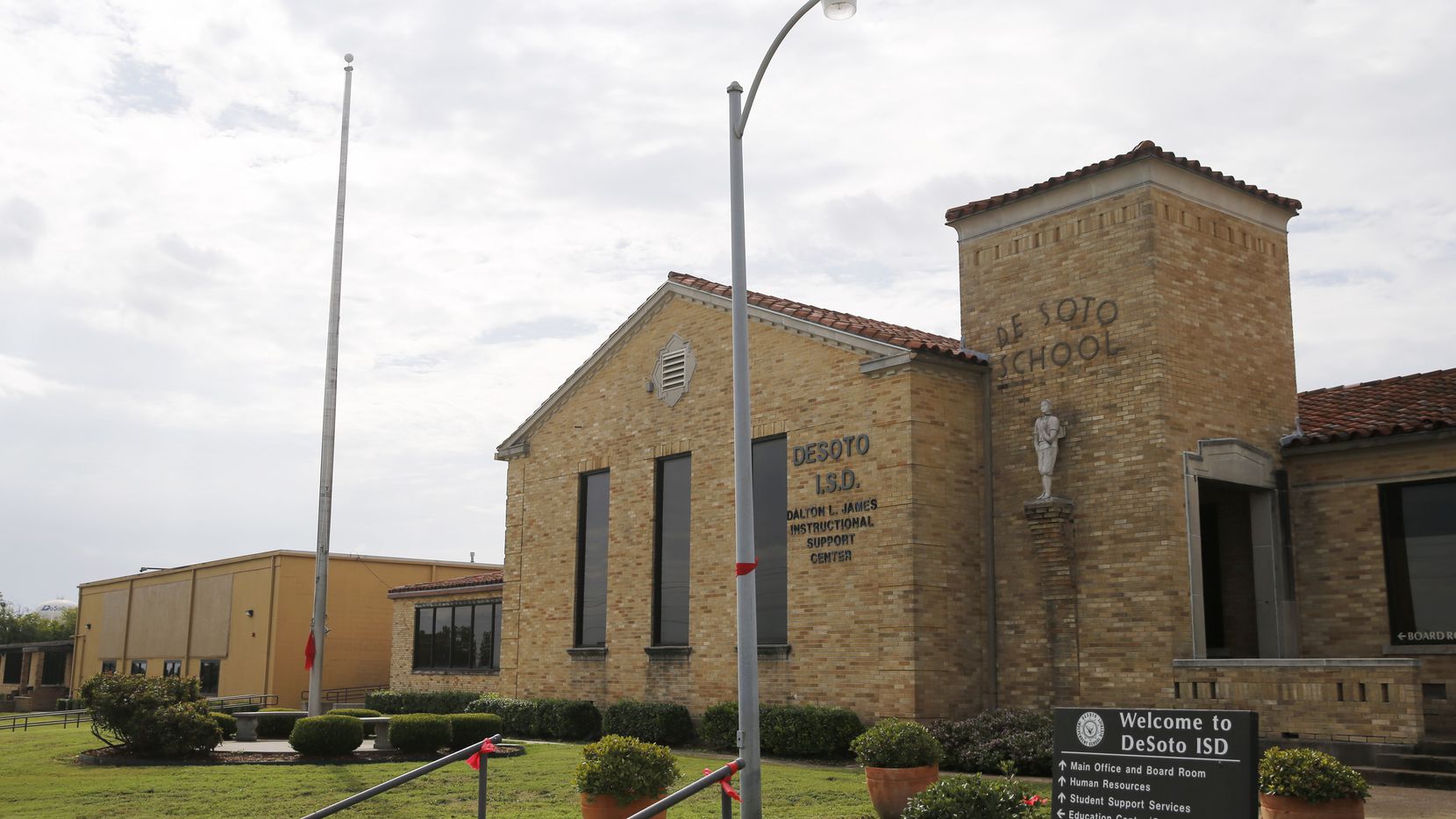 After Crabill’s comments about the legality of the vote, board President DeAndrea Fleming confirmed in an email that trustees will reconsider the issue. Trustees are expected to discuss it again today in closed session.

Fleming noted that trustees could not comment on specific matters related to employee grievances.

“We can clarify that, as a board, we plan to revisit the grievance in question in a future proceeding in order to clarify for the administration how to give effect to the board’s intent,” she wrote in a statement. District officials did not return messages seeking to clarify.

The trustees are under intense pressure to prove to the community — and to state officials — that they are turning the page on years of financial mismanagement and dysfunction.

TEA investigators say that under the administration of former Superintendent David Harris, which ran from 2012 to 2018, employees made expensive purchases with little oversight from the elected board, including $330,000 in purchases to fictitious merchants.

Sloppy bookkeeping and possible fraud contributed to a more than $21 million budget shortfall for the district that forced staff cuts and a temporary school closure, investigators found.

Crabill is tasked with coaching DeSoto trustees and administrators, guiding them through specific improvement plans. As the district’s conservator, he is empowered to override any decision made by a principal, superintendent or even the board.

He said during the May meeting that he will never counsel the board to make choices that are “financial violations of the law.”

Any decision tied to DeSoto’s football team is likely to draw scrutiny. It’s known as one of the state’s rich pipelines for college-level athletes but has seen major turnover in the top coaching spot.

Robinson stepped down after one season, during which the team went 9-3. They lost to powerhouse Southlake Carroll in the second round of the Class 6A Division I playoffs. He then took on an assistant athletic director job and later moved to a new role.

According to his attorney, Robinson negotiated an agreement with current superintendent D’Andre Weaver that he would surrender his contract in return for getting rehired at 20 hours a week, for nearly $38,000. He was later told by a member of the human resources team that he would be reduced to 10 hours a week — despite the district’s budget committee approving his initial hours, and signing off on giving him more money, his attorney says.

He filed a grievance last summer, but the process dragged out amid COVID-19 shutdowns. Robinson resigned in the fall.

DeSoto officials district tried to offer options to Robinson — including honoring him at a banquet and writing a positive letter of recommendation — rather than a financial resolution, according to a letter Hanner sent to the district.

Hanner said the payment is not an illegal gift of public funds because settling Robinson’s grievance is a benefit to the district since it would avoid additional legal fees and more negative publicity.

During their May meeting, the board voted 4-2 with one abstention to approve a payment for “damages claimed in [Robinson’s] grievance” without discussion. The agenda item didn’t list how much the payment was for, and they did not publicly disclose the amount the district intended to pay until later in the meeting, when Crabill pushed them to do so.

“What amount did the board obligate the district to this evening?” he asked the board. “If you voted for this item, ideally, you have an understanding of the answer to this question.”

Board members appeared to show some confusion, though Crabill eventually told them the amount. Asked by the conservator if that was the board’s intention, at least one member indicated that it was not.

Trustee Abe Cooper Jr., one of the board’s newer members, said his concern lies with the district maintaining an appearance of integrity. He voted in favor approving damages for Robinson’s grievance.

Cooper said it’s essential the district does right by its employees.

“Are we in the business of agreeing to jobs and reneging on those agreements at any time?” he said. “If that’s who we are going to be, we have to be careful as a district. We’re trying to restore the public’s trust.”