Duncanville Man Charged With Murder Of Family Member In Her Home

DUNCANVILLE, Texas (CBSDFW.COM) – Duncanville Police have arrested Steven Hill, 27 and charged him with murder in the shooting death of Nissa Danielle Evans, 48, inside her home.

Police said on Monday, Nov. 1 shortly before noon, officers responded to a at a home concerning an unconscious person in the 200 block of Merribrook Trail. 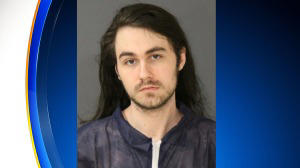 During their investigation, detectives determined there was probable cause to believe a family member was responsible for the death.

On Tuesday, November 2, around 1:40 p.m., the Duncanville SWAT team arrested the suspect, Hill, at a local hotel parking lot.

Hill is in the Dallas County Jail with bond set at $1 million.

Police have said how the suspect and victim are related or what led to the deadly shooting.