Police kill man who showed up to Duncanville summer camp with a gun, mayor says

DUNCANVILLE, Texas — A man was killed by police after showing up to a Duncanville athletic complex with a gun Monday morning, city officials said.  A children's summer camp was happening at the Duncanville Fieldhouse, an indoor sports and fitness venue at 1700 South Main Street, when the incident occurred.

A man arrived with a gun and entered the building. Police responded and shot him, Mayor Barry Gordon said.

No children were harmed, but officials moved them from the building and took them to the Duncanville Recreation Center.

Gordon said police responded within two minutes of being called to the fieldhouse. Within 10 minutes, they had shot and killed the suspect.

"Our officers did not hesitate," Gordon said. "They did what they were trained to do and saved lives."

It was still unclear whether the man was targeting anyone at the fieldhouse, or any other details about what happened, police said.

Parents were being asked to pick up their children at the rec center, located at 201 James Collins Boulevard, about a mile north of the Duncanville Fieldhouse.

Video footage from the scene showed police and police tape surrounding a black SUV in the parking lot. The driver's side door and the back hatch of the SUV were open.

More information about the incident has not been released by officials.

Michael Strickland, whose grandchildren were inside the fieldhouse, told WFAA that he first saw news about the shooting on Facebook. He rushed to the fieldhouse to make sure they were safe.

"This world we live in now, it's unpredictable," Strickland said. "There's two forces, good and evil. Clearly it shows what side this incident is on." 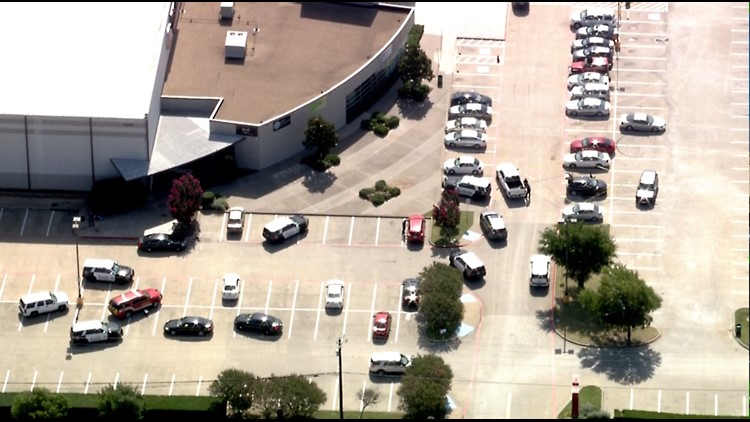