Duncanville, TX - Some drivers in Duncanville may receive “report cards” on their windshields in the coming weeks, courtesy of the police department.

The report cards are designed to grade vehicles “pass” or “fail”, depending on how vulnerable they are to break-ins.

The new program is part of the “Watch Your Car: Texas Auto Burglary & Theft Prevention Authority” in an effort to curb vehicle burglaries.

Police officers will be placing cards faced down on windshields of vehicles across the city.

The department will target areas with a higher propensity of car burglaries including shopping centers, restaurants and apartment complex parking lots. 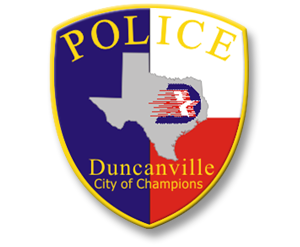 This is not a citation, said Officer Doug Sisk. It is merely part of an effort to remind people of this crime of opportunity and one that affects all of the city.

In January and February of this year there were 45 car burglaries reported, down from the 51 reported during the same time last year, according to statistics provided by the Duncanville police.

Sisk told NBC 5 officers will place the cards on every vehicle in a given parking lot, not just ones that fail and officers will ensure the cards are placed face down so that a “pass” or “fail” grade is not seen by others.