Duncanville, TX - Earle was born on March 15, 1941 and went to heaven on April 21, 2018 to be with his dear Lord, and reunited with his beloved wife of 50 years Barbara Sue Burr Jones and the many who have gone before him. He was the son of Earle L. Jones and Exa Sue Barron Jones (both deceased). 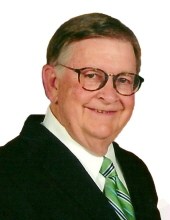 Earle was a 1959 graduate of Sunset High School and 1965 graduate of Arlington State College (now the University of Texas at Arlington) with a BBA in Marketing. He enlisted in the Navy and spent 6 years serving his beloved country in Puerto Rico. His professional career spanned over 50 years in real estate as a highly successful commercial real estate broker. Earle spearheaded numerous successful new projects which contributed greatly to the Duncanville economy during his 10-year tenure as Director of Economic Development. Never having officially retired, he continued to stay active in numerous real estate and community projects ‘til the day he passed.

He was a cheerleader, as in sideline “yell leader,” on the football field in high school and college, but Earle’s lifelong passion was being a community champion, friend and mentor to thousands – a man who always viewed humanity as a beautiful rainbow of colors, understanding everyone had their own unique and special purpose in life.

Earle volunteered thousands of hours with countless organizations and causes – serving as Chairman of the Board of Big Brothers Big Sisters of Southern Dallas / Ellis County Region, President of the Duncanville ISD Education Foundation, and President of Duncanville Outreach Ministry, to name just a few.

A celebration of the life of this amazing man will be held Saturday, April 28, 2018 at 11 a.m. at the First United Methodist Church Duncanville at 403 S. Main Street, Duncanville.

Memorial donations may be made to:

The Farmstead in Midlothian – http://farmsteadtx.org