Police spotted Goodson around 10 a.m. Wednesday in the 700 block of Wood Lane and took him into custody. 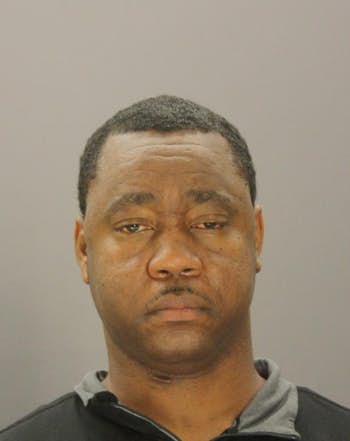 Goodson was sentenced to seven years of deferred adjudication probation in October on two counts of sexual assault of a child. According to court documents, he pleaded guilty to raping two girls, ages 17 and 16, in December 2014.

As part of the conditions of his probation Goodson was ordered to refrain from contact with any children other than his son and to remain at least 1,000 feet away from any place that children gather.

Authorities say that on Dec. 2, Goodson attended a South Oak Cliff High School girls basketball game at a Fort Worth tournament and then entered the locker room afterward when team members were present, according to court documents.

Dallas ISD told KXAS-TV (NBC5) that Goodson lied on his application to work as a volunteer basketball coach at Wilmer-Hutchins High School. He was dismissed in December, and a meeting was held with basketball team members and their parents.

Duncanville police also said that Goodson went onto a Dallas ISD campus without notifying the front office and that he failed to show up for his annual registration.

Goodson was being held Wednesday at the Dallas County jail.