Police ID suspect in Duncanville's first murder of the year

Duncanville, TX - Duncanville police have identified the suspect in the city’s first murder of the year. He’s wanted for killing an 18-year-old man.  The deadly shooting happened early Tuesday morning at the Roadway Inn off Interstate 20 at Camp Wisdom Road.

Police said there was some sort of altercation in the parking lot and shots were fired.

When officers got to the scene they found 18-year-old Steven Strain Jr. collapsed in the hallway of the hotel. He made it inside the building after he had been shot, police said.

Strain was later pronounced dead at the hospital.

Based on surveillance video, police believe the murder suspect is 26-year-old Troy Harden Jr. A warrant has been issued for his arrest.

Anyone who knows his whereabouts should call Crime Stoppers at 877-373-8477 or visit www.ntcc.crimestoppersweb.com.

There is a reward of up to $5,000 for information that leads to an arrest and indictment. 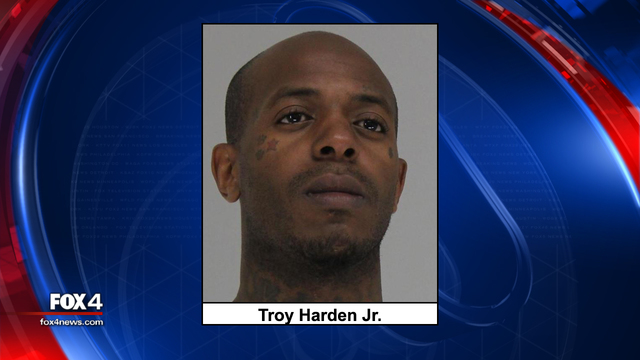