Duncanville seniors go viral with their version of the National Anthem

Duncanville, TX - This quartet has been singing together for quite a while now, but there's one song in particular that's got them blowing up on social media.  Danny Lyons, Aadon Benson, Ryan Smith and Matthew Merritt are all seniors at Duncanville High,

and they had no problem stepping up to perform at the school's back to school pride rally. 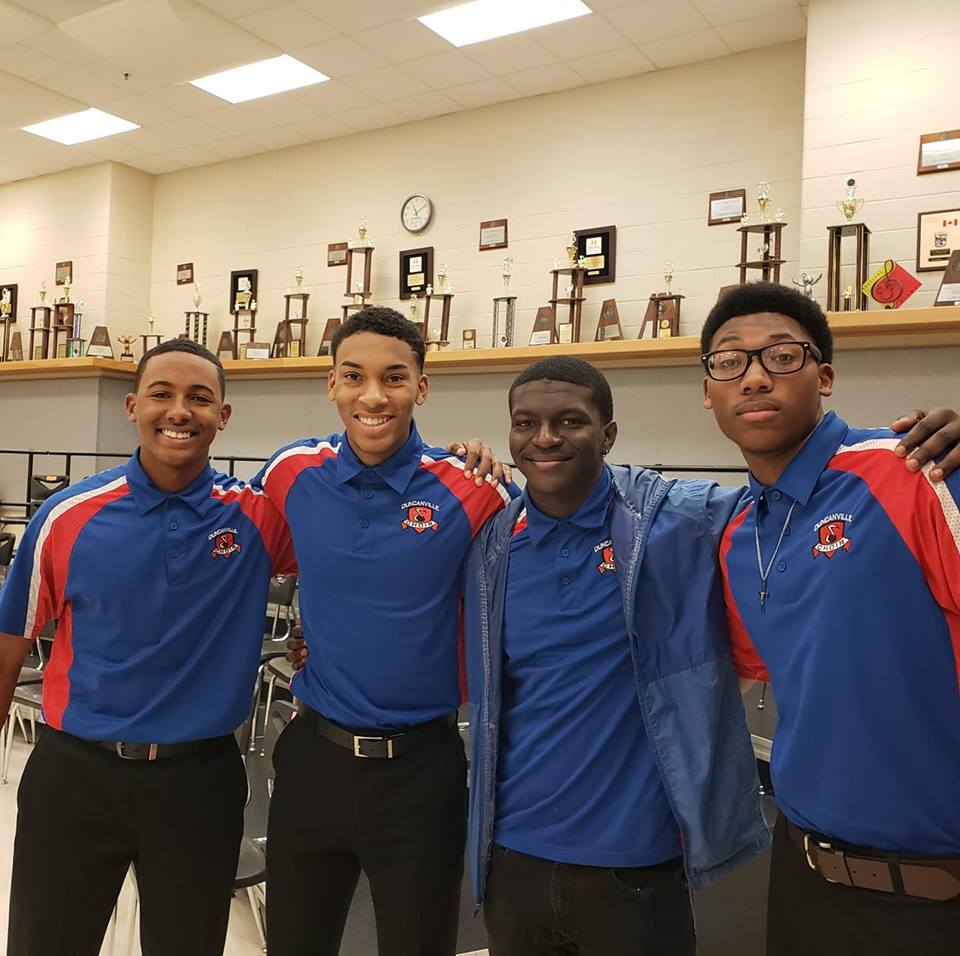 They had a pretty big crowd for the live performance, but they had no clue at just how many people would end up seeing them belt out the National Anthem.

"I was really stuck in amazement," Lyons said. "It's a privilege to sing with these people."

"I guess you could say that I was 'shooketh'," Smith echoed jokingly. "I didn't think the video was going to get this many views. I didn't even know they were going to post the video."

And here we are....tens of thousands of views later.

"We're just very gracious," Benson said. "I love singing with these guys and I can't wait for what God has next."

This group of seniors says, they're just honored to sing for their school.

"It's just amazing because we know we don't even know that many people," Merritt said. "For them to look at something that we're a part of, it's just a really good feeling. It's just a blessing."

The students have their own group called Made4Melody, so you may be hearing more from them in the future!