Duncanville, TX - Police in Duncanville are partnering with a company that allows residents to hide a tiny microdot on their pricey stuff, so if any of it’s ever stolen—investigators can know it’s stolen and return it to its rightful owner. 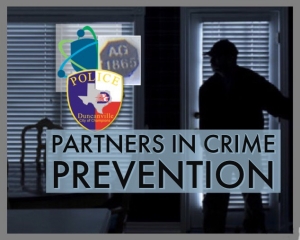 They then assign you a number, which can be imprinted on tiny adhesive microdots. Those microdots are sent to residents free of charge (only shipping and handling must be paid) and then they can be placed on jewelry and electronics.

The microdots are about the size of a grain of salt.

If any of your things are taken and investigators find it, then they can shine a blacklight on said stolen items to find the microdot, make an arrest, and return your things. “We’re one of the first departments to utilize it in Texas,” Officer Doug Sisk said. “It’s been successful so far in Ohio and Florida.”

Sisk says you can also put a ProtechDNA sticker on valuables, so if they’re ever stolen and recovered, an investigator then knows to look for the microdot.

With the microdot kit, you can also request a marker that produces an ink that’s only visible with a blacklight. Sisk says people can write their number with the marker on their valuables too if they’d like.

“It’s a win for everybody, and that’s what we’re trying to create here is a win for the victim of a crime,” Sisk said.

The microdots are incredibly helpful with smaller valuables, Sisk added. He says stolen watches and jewelry are hard to identify if they’re recovered or found at a pawn shop. If you put a discreet microdot on those items, that changes. “Just that one dot can help get your property back,” Sisk said.

The department plans to help residents sign up with ProtechDNA next week during a National Night Out event.